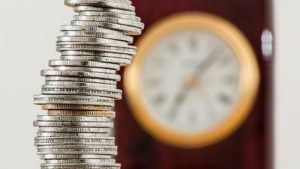 A higher minimum wage may have positive and negative consequences, but an activist with the Common Front for Social Justice says it’s a real problem when people working for minimum wage can’t make ends meet.

Jean-Claude Basque, the provincial co-ordinator of the group, said some people working part time and full time for $11 an hour, the minimum wage in New Brunswick, have to turn to food banks to survive.

“We can’t all the time expect citizens to subsidize employers and that’s what we’re doing right now,” Basque said. “A lot of minimum wage workers don’t have a pension plan, so what happens to those workers when they retire?

“They have to go on the [government] pension plan, the income supplement.”

But economist and author Richard Saillant said New Brunswickers have to draw a distinction between the economy we wish we had and the one we do have.

“The issue there is how do we move up the value chain down the road, so we have high productive employment?”

Saillant said the way the minimum wage was raised in the past was to meet inflation, and the approach doesn’t work.

“It hasn’t changed anything,” Saillant said. “The big debate to me is how far higher than the inflation rate should we go and that’s a different question than what we’ve had in the past in New Brunswick.”

Basque said he would like to see the minimum wage increased gradually to $15 over the next four years.

But Lilia Fraser, co-owner of the Pump House, a Moncton restaurant, said people have been complaining about how low minimum wage is for many years and even when it increases, nothing changes, people still complain it is too low.

Fraser said that when the minimum wage is increased, businesses like hers have to be able to sustain themselves while keeping prices reasonable.

“The highest cost in business is the labour costs, so to cover the costs basically in the end you have to increase the cost of what goes on the plate.”

Saillant said good data is needed to properly debate how effective raising the minimum wage is for all involved, including those who pay it, those who earn it and those trying to get into the workforce at that wage.

“I would hope that each government in Canada that is setting the minimum wage do have access to empirical studies and also the right data and the right framework to do that analysis.”