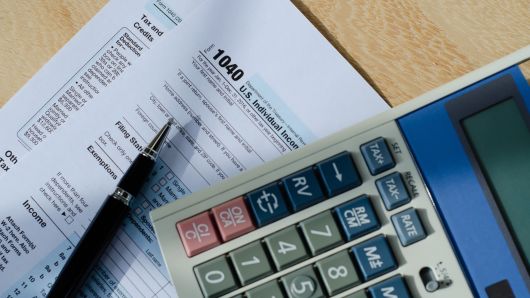 Retirement can reduce or eliminate a number of line items in your budget. But many retirees are surprised to discover that their tax bill may not be one of them.

Almost half (46 percent) of recent retirees wish they had planned better for handling taxes in retirement, according to a new survey from the Nationwide Retirement Institute. One in 4 report having paid thousands of dollars more in taxes in retirement than they had expected.

The Harris Poll surveyed 1,031 adults age 50 and older on Nationwide’s behalf during August. That group included 334 “future retirees” who expect to retire within the next 10 years, and have at least $150,000 in investable assets.

Such accounts offer participants little control over withdrawals after they turn 70½, when so-called required minimum distributions (RMDs for short) kick in. At that point, the account holder typically has to take out a set amount each year or face a nasty 50 percent tax penalty on the shortfall.

Clients who have put the bulk of their retirement savings in a 401(k) or IRA can find their RMDs run to six figures, said Janet Stanzak, a certified financial planner and the principal of Financial Empowerment in Bloomington, Minnesota.

“That can be a surprise when people realize just how big those RMDs can be, and the tax impact,” she said.

But there’s plenty savers can do to avoid that problem, and limit other tax surprises in retirement. These six strategies can help:

Try to split your retirement savings efforts among three different buckets, said Kevin Meehan, a CFP and regional president of Wealth Enhancement Group in Itasca, Illinois. Those are:

• Tax-deferred: Accounts such as a 401(k) or traditional IRA, where you make pretax contributions and are taxed on withdrawals in retirement.

• Tax-free: Think Roth 401(k)s and IRAs, where you put in after-tax dollars that then grow and can be withdrawn tax-free in retirement.

• Taxable: This bucket includes options such as brokerage accounts and savings, where you’re taxed on interest, dividends and/or gains.

Having a mix can help you better control your tax situation in retirement, he said, because you have more flexibility on how much you withdraw, from where. Diverse savings could also be key if you plan to retire early, Stanzak said.

“We often talk about building up that taxable bucket, especially for people who want to retire early, because they may not have access to retirement accounts without a penalty,” she said.

Your workplace plan might also have a Roth option, without that income limitation, Meehan said. Seven in 10 employers now offer a Roth option within their 401(k), up from 54 percent in 2014, according to global advisory firm Willis Towers Watson.

Check the details before you go all in on Roth, however. Some employers offer both contribution options, but only match pretax 401(k) contributions.

It can also make sense to convert savings to a Roth IRA, especially for those high-income taxpayers who can’t make direct contributions, Meehan said. That strategy, known as a backdoor Roth, can trigger a tax bill at conversion — but the expectation is that it’ll be a much smaller bill than if you let those funds grow and make taxable withdrawals in retirement.

“HSAs are the best deal ever,” Stanzak said. “They even beat Roths.”

These accounts, which are available to consumers who have a high-deductible health insurance plan, actually have a triple tax advantage, she said. Contributions are either pretax or tax-deductible, typically grow tax-free and can be withdrawn without incurring taxes when used toward qualified medical expenses.

(You’ll likely have plenty of those. Fidelity estimates a healthy 65-year-old couple retiring this year will need $280,000 to cover their health-care costs in retirement.)

But making the most of an HSA as a retirement savings plan requires that you maximize contributions each year, invest those funds and try to avoid tapping the balance for current medical expenses.

In retirement, however, you might have income from myriad sources (see chart below), and that interplay can make taxes more complicated, he said. For example, pulling just a bit more from a tax-deferred account in a given year could boot you into a higher long-term capital gains rate or cause a bigger portion of Social Security benefits to be taxed.

Work with your advisor to walk that balancing act of how much to draw from which sources, maximizing income and minimizing your tax bill.

Once you reach age 70½, required minimum distributions kick in on many accounts. But if you’re still working at that point, you may be able to postpone taking RMDs from your current workplace’s 401(k), said Henderson. But not always: Some plans don’t have that exception built in, for example, nor does it apply for entrepreneurs using a solo 401(k).

If your plan won’t make you take an RMD, do some digging. Some employers will accept rollovers from other 401(k)s and IRAs; shifting those assets into your current workplace plan can shelter them from RMDs, too, he said. (Roth IRAs are not subject to RMDs during the lifetime of the owner.)

It’s an area rife with pitfalls — not just that 50 percent tax penalty, but also the potential that you could be taxed twice if you fail to take note of nondeductible IRA contributions. Account holders also have the opportunity to reduce their RMD by making a qualified charitable distribution, a tactic that lowers income and can help protect Social Security benefits and Medicare coverage.