The two biggest U.S.-based drugmakers are household names. Pfizer (NYSE:PFE) and Johnson & Johnson (NYSE:JNJ) have been in business since the 19th century. Both big pharma stocks have been longtime winners. But which is the better pick for investors now?

To answer that question, you need to know about each company’s growth prospects and the strength of their dividends. Both factors contribute to the stocks’ total return over the long run. Here’s how Pfizer and Johnson & Johnson compare on these key criteria. 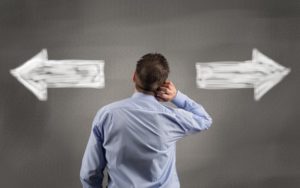 The case for Pfizer

In addition, Pfizer has several newer drugs on the market that could become big winners over time. Type 2 diabetes drugs Steglatro, Steglujan, and Segluromet, all of which Pfizer co-markets with Merck, are expected to together become a blockbuster franchise. Eczema drug Eucrisa has had a slow start since being approved in late 2016, but analysts think it could eventually generate annual sales of around $2 billion.

Pfizer’s pipeline includes 29 late-stage programs. Pfizer’s head of research and development, Mikael Dolsten, said earlier this year that over the next five years, the company hopes to win approval for as many as 15 new drugs or new indications for existing drugs with blockbuster potential. Two candidates that look especially promising in helping Pfizer achieve that goal are breast cancer drug talazoparib and pain drug tanezumab, which the company is developing with Lilly.

Wall Street analysts project that Pfizer will grow earnings by more than 6.5% annually on average over the next five years, a big improvement from the drugmaker’s recent growth. This estimate is pretty good considering that Pfizer continues to be weighed down by declining sales for several of its older drugs.

One thing that isn’t weighed down, though, is Pfizer’s dividend. The company’s dividend currently yields 3.71%. The company has increased its dividend by nearly 42% over the last five years. It appears to be in solid position to keep the dividend hikes coming.

The case for Johnson & Johnson

Johnson & Johnson is more than just a big pharma. It’s a big medical-device maker and a big player in consumer healthcare. However, the company’s pharmaceuticals segment is expected to continue to be its primary growth driver.

Sales for the company’s top product, autoimmune disease drug Remicade, are slipping in the wake of biosimilar competition from Pfizer and other drugmakers. However, Johnson & Johnson has a couple of other solid immunology drugs with Stelara and Simponi. J&J also has a strong oncology lineup with prostate cancer drugs Darzalex and Zytiga, and blood cancer drug Imbruvica, which the company co-markets with AbbVie.

The company has at least 35 late-stage programs. If you look closely at its late-stage pipeline, you’ll probably notice a lot of new indications targeted for existing drugs. This is a key part of the company’s growth strategy, according to J&J pharmaceuticals head Joaquin Duato.

Wall Street analysts think that Johnson & Johnson will increase earnings by nearly 8% annually over the next five years. It seems reasonable to expect that the company’s pharmaceuticals segment will grow at an even faster rate.

J&J should also grow its dividend — just as it has for the last 56 consecutive years. Over the last five years, the company has boosted its dividend by 36%. J&J’s dividend yield currently stands at a little under 3%.

Johnson & Johnson has just begun to experience the drag of sales declines for Remicade. Pfizer, on the other hand, should feel less of an impact over the next few years from its older drugs that have lost exclusivity. I also think that Pfizer will resolve some of the product shortage issues that have plagued its sterile injectables business, clearing the way for stronger growth.

In addition, it wouldn’t surprise me if Pfizer opens up an even greater lead over J&J on the dividend front. The company’s yield is already significantly higher. Pfizer’s track record in recent years of dividend hikes is also a little better than J&J’s.

I know that Wall Street thinks more highly of J&J’s growth prospects. My view, though, is that Pfizer could have a slight edge over the next few years. With its stronger dividend, I think the nod goes to Pfizer as the better stock. It’s only a nod, however. I think that both of these healthcare giants are solid picks for long-term investors.