Having to Home-School Your Kids About Money 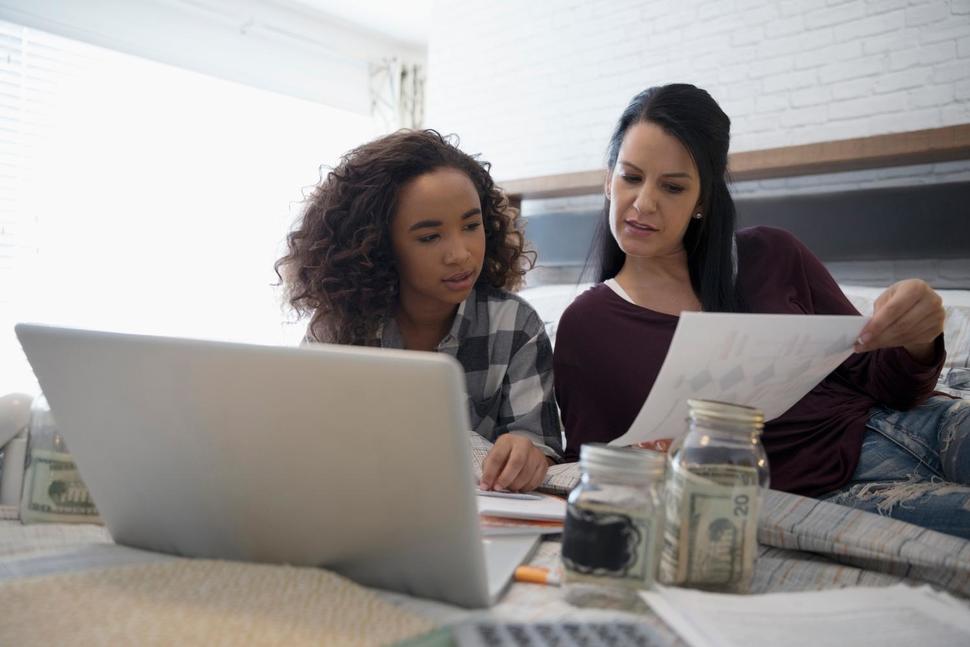 America’s schools aren’t making the grade, if you ask the Council for Economic Education. The organization’s mission is to help teach personal finance and economics to students from kindergarten through 12th grade. And part of its aim is to officially add financial education to state-required curriculums, complete with standardized testing.

But progress toward that goal has been slow at best. The good news is that all states and the District of Columbia do include economic education in K-12 standards, but five states (Alaska, California, New Mexico, Montana and Wyoming) and D.C. exclude personal finance education from those standards, according to CEE’s 2018 Survey of the States. More bad news: The number of states that require a high school personal finance course in order to graduate has been stagnant at 17 since 2014. Likewise, only seven states have required standardized testing on personal finance since 2016.

“Thinking back 10 years ago to the financial crisis and all the work that people had done to dig out of that, the fact that … we’re seeing this status quo as far as states picking up the charge, it’s a little disappointing, to be frank,” says Christopher Caltabiano, chief program officer at CEE.

San Diego-based certified financial planner Taylor Schulte offers stronger criticism. “I think the state of financial literacy in schools is pathetic,” he says. “Our school systems will spend countless man hours debating how math should be taught while most students don’t even know the difference between a credit and debit card. It does seem like things are starting to move in the right direction, but we are a long way from where we should be.”

Why is state-level regulation necessary on this subject? To answer, Caltabiano quotes a former colleague and teacher: “If it’s not tested, it’s not taught.” According to Caltabiano, without standard requirements and more importantly, standardized tests, to illustrate financial literacy, there can be no certainty that students are receiving the education they need to understand how money works. “It implies that we’re educating another generation of students who aren’t prepared to manage their personal lives,” he says.

Even kids seem to want more financial education. A whopping 95 percent of teenagers said they would value personal finance programs being taught in their schools, according to a survey by insurance and finance company AIG and Junior Achievement USA, an organization that provides business, economic and financial education to young people.

Additionally, formal money education classes can have a strong impact on children’s futures: Young adults who did receive some financial education in school are more likely to have good savings habits compared with those who did not, according to financial services firm T. Rowe Price’s Parents, Kids & Money Survey.

Despite such supporting evidence, the mandate for financial education in schools faces big obstacles. “There are so many competing priorities,” Caltabiano says. “Every group has their association that’s pushing for state-level requirements, so it’s a crowded space.”

Plus, he adds, “changing curriculum takes time.” On that front, at least, personal finance has an edge in that it can be integrated into courses that are already being taught, such as math and business. “There is the opportunity to take those classes and infuse financial literacy concepts in a way that students are getting the lessons, but teachers aren’t being forced to completely blow up existing curriculum to be able to do so,” he says.

If you’d like to push for more financial education in schools, Caltabiano suggests speaking up. People supporting the cause “can be talking to the schools in their communities … and making the case for why this information is important,” he says, noting that CEE’s website provides guidance for whom to contact and what language to use. “Having that groundswell of support – they’re going to listen to parents and neighbors.”

PrevPreviousSmart tips for buying a used car
NextOPINION: The “most powerful force in the universe”Next