Figure skater Adam Rippon’s No. 1 trick to save more money 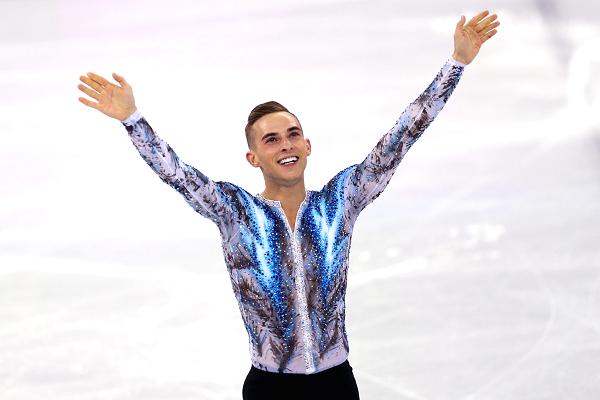 Last year, he splurged on a $6,000 Cartier Love Bracelet. “A year ago, I broke my foot and I just needed a little pick me up, so I bought myself this bracelet,” Rippon, 28, tells CNBC Make It.

But he hasn’t always been able afford such indulgences. Before drawing attention at the 2018 Winter Olympics, Rippon was often broke, living in his coach’s basement and stealing apples from his gym because he couldn’t afford groceries.

So despite his success, Rippon says he maintains a frugal mindset with most things. And to stick to his budget, he uses a simple trick anyone can try.

What does he do?

“I’ll see something that I really like and I kind of want … and I’ll be like, you know what I’m just going to go get it,” Rippon says.

But then he stops himself.

Instead, “I see how much the price was of the thing I wanted, and I take that price and I take [that amount of money] out of my [checking] account and put it right into my savings,” he explains.

By reshuffling funds, Rippon says you still get the rush of spending with the long-term benefit of squirreling away cash.

“If I felt like I could live without that chunk of money, then I’m just going to take it out of the account like I bought it, but I’m going to put it in my savings account,” he explains.

For many people, building a nest egg of savings is a challenge. Only 39 percent of Americans could pay for a $1,000 emergency with savings, according to a 2018 report by Bankrate. A 2017 survey by GOBankingRates found 46 percent of young millennials (defined as those aged 18-24) had no money in a savings account. For older millennials (ages 25-34), 41 percent had zero put away.

So money tricks like Rippon’s may just be the motivation you need to start saving.

“It works … because you still have that exhilarating, ‘this is a lot of money’ feeling, but you’re just moving money around,” he says. “When you look at your savings you’re like, ‘Oh, she can budget.’”

PrevPrevious65% of Americans save little or nothing—and half could end up struggling in retirement
NextLife Lessons: Eating healthy on a budgetNext