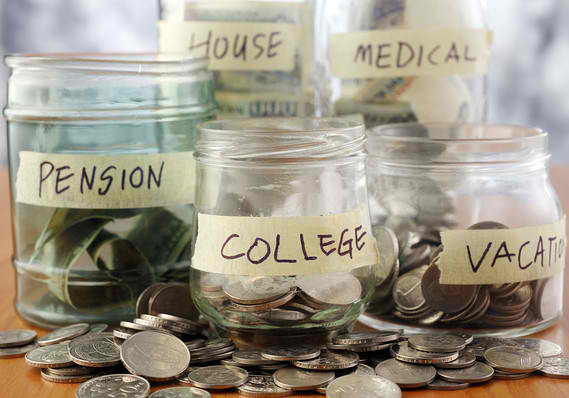 Despite a low unemployment rate and increasing wage growth, Americans still aren’t saving much. That’s according to a new survey from Bankrate.com, which found that 20 percent of Americans don’t save any of their annual income at all and even those who do save aren’t putting away a lot.

Only 16 percent of survey respondents say that they save more than 15 percent of what they make, which is what experts generally recommend. A quarter of respondents report saving between 6 and 10 percent of their income and 21 percent say they sock away 5 percent or less.

At this rate, many people could be setting themselves up to fall short in retirement, Bankrate warns.

“With a steady, significant share of the working population saving nothing or relatively little, it’s virtually guaranteed that they’ll be unable to afford a modest emergency expense or finance retirement,” says Mark Hamrick, senior economic analyst at Bankrate. “That amounts to a financial fail.”

The economy might be prospering now, but that won’t last forever: “The party has to stop sometime, and when it does, employers will lay off workers,” the study says.

In fact, Bankrate estimates that half of the American population won’t be able to maintain their standard of living once they stop working. A report from GoBankingRates found similar results: Over 40 percent of Americans have less than $10,000 saved for when they retire.

What’s keeping Americans from saving? “Expenses” was the No. 1 answer of 39 percent of respondents. Another 16 percent say they don’t have a “good enough job” to be able to save, which presumably means they aren’t earning enough.

“The average American has less than $5,000 in a financial account, a quarter to a fifth of what you should have, and those aged 55 to 64 who have retirement savings only carry $120,000 — which won’t last long in the absence of paychecks,” the survey reports.

But saving money for retirement doesn’t have to be as hard as it seems. For starters, anyone looking to lower their expenses can consider downsizing their home, trimming their grocery bill or making it a priority to eliminate debt.

Those with the capacity to take on additional work can also bring in extra cash each month by renting out spare rooms, reselling items online or taking on freelance work. Here’s how much the most common side hustles pay.