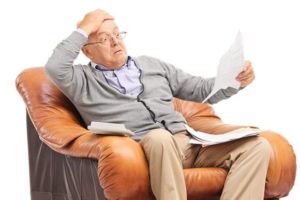 Retirees have long counted on dividend stocks for income. But over the past decade, it’s gotten harder and harder to find a solid dividend investment at a reasonable value. With interest rates on the rise, it’s possible that a lot of high-priced dividend stocks could struggle over the next several years as investors move away from the risk of stocks if they can get an adequate yield in bonds.

But that doesn’t mean every dividend stock is a bad idea for retirees. To the contrary, our investors happen to think Johnson & Johnson (NYSE: JNJ), Harley-Davidson Inc (NYSE: HOG), and Retail Opportunity Investments Corp (NASDAQ: ROIC) are perfect dividend stocks for retiree’s portfolios. The surprising part is, there are different reasons why each made the cut, so depending on your situation, there may be a reason why one makes more sense for you.

How will J&J continue to generate sustainable revenue growth going forward? In recent times, J&J’s industry-leading pharma segment has been its main value driver, and that trend appears to be set in stone for the foreseeable future. 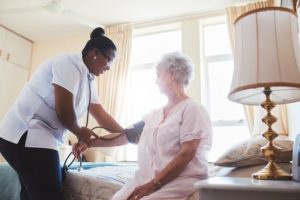 By licensing a number of mid- to late-stage product candidates over the last five years, for instance, J&J was able to boost its total pharma sales by 8.3%, to a whopping $36.3 billion in 2017. And a key indirect effect of J&J’s booming sales is that the company has now become the third-largest pharma company in the world — giving it the economic scale to hold considerable sway over pricing points moving forward. Simply put, J&J’s all-important pharma engine appears capable of delivering consistent levels of respectable growth for decades to come, thanks to its robust clinical pipeline and overall size.

Apart from its strong growth prospects, J&J is also an elite dividend stock, which is yet another reason why this stock should appeal to retirees. The short story is that J&J has raised its dividend every year for over half a century at this point, and its promising outlook strongly implies that this favorable trend isn’t about to change anytime soon. Therefore, retirees should feel comfortable owning this healthcare behemoth due to both its attractive growth profile and rock-solid dividend.

Early entry on a turnaround play

Rich Duprey (Harley-Davidson): Motorcycle sales have fallen for four-straight years as Harley-Davidson’s core customer, the middle-aged male, has moved on from bike riding to other pursuits. In his place comes a younger, more urban rider — even female — who’s looking for a lighter, cheaper bike than the big, chromed out, screaming bikes Harley produces.

While a lot of blame should fall on management and the board of directors for failing to adjust to this new dynamic, despite understanding exactly what the problem is, the bike maker remains a profitable, financially sound company that stands in the industry like a colossus. It owns half the market for motorcycles with engines of 601 cubic centimeters or larger, and its nearest competitor, Polaris Industries (NYSE: PII), only recently crossed above the 10%-share threshold. This motorcycle icon is not going anywhere, and investors can use this opportunity as the company figures out how to get back on track, to get in on this stock at a very discounted price.

Harley-Davidson trades at 15 times trailing earnings and 11 times next year’s estimates, and the stock is offered at a bargain-basement price of only 10 times the free cash flow it produces. It just increased its dividend to $0.37 per share, or $1.46 per share on an annual basis, a 1% increase that shouldn’t affect its yield of 3.2%. It also authorized a new 15 million share-buyback program. That means investors can count on a nice paycheck while waiting for this icon to engineer a turnaround that should eventually push the stock price higher, too.

Admittedly, that might not happen in the next couple of quarters, but betting on this industry titan to figure out where it needs to go next is a play worth making, even for retirees.

An excellent source of steady (and growing) income 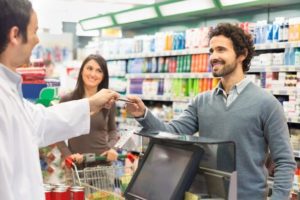 ROIC, like many real estate investment trusts, is a bit of a specialist. It owns and manages high-traffic shopping complexes and strip malls with an anchor tenant generally in the grocery or pharmacy business, located on the West Coast. These businesses are relatively resistant to e-commerce, but still do well when the economy is weak. They also help drive traffic, which makes the shopping centers they occupy more attractive to other potential tenants.

This focus has generated strong cash flows and returns for ROIC and supported strong dividend growth. The dividend has been increased every year since it was instituted in 2010 and is 25% higher than it was five years ago, strongly outpacing inflation.

However, the past couple of years haven’t been friendly to its stock price, which is down 26% from the 2016 peak. That’s created a nice opportunity for investors looking to buy. It trades for around 17 times last year’s funds from operations and yields over 4% at recent prices, a solid bargain for such a high-quality income-growth investment.