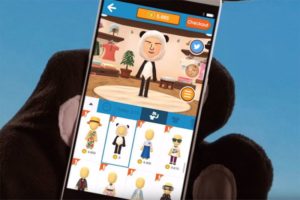 Miitomo fans, we have some bad news for you.

Nintendo has announced it’s shuttering the social app less than two years after its launch.

Miitomo was the Japanese game giant’s first-ever smartphone app, but despite the hype that surrounded its March 2016 arrival, as well as the backing of an outfit like Nintendo, it failed to win the hearts of the masses.

Nintendo said it stopped selling Miitomo coins on Wednesday, and will flip the switch on the app on May 9, 2018, disabling all of its features.

Up until then, you’ll still find daily login bonuses of Miitomo coins and game tickets so you can continue to enjoy Miitomo Drop and use other features such as the Miitomo shop.

While you’ll no longer be able to see your answers or messages in the app come May 9, or be able to use any items you’ve obtained (think clothing items, wallpapers, and posters), you will be able to transfer your Mii character to your Nintendo account by linking it to Miitomo. But take note, its personality and other information will be lost!

Other things to consider: Sidekick Mii characters will be deleted, but you can hold onto them by saving them as a QR code prior to May 9. You can then transfer them to Mii Maker on the Nintendo 3DS or the Wii U, Nintendo said.

Finally, if you have any Miifotos that you want to keep, be sure to save them to your smartphone before Nintendo closes the app down.

The Kyoto-based company didn’t offer a reason for why it’s ending support for its avatar-based social app, but evidently it now wants to put its resources into its newer mobile game offerings such as Animal Crossing: Pocket Camp.

In his review of Miitomo soon after its launch, Digital Trends’ gaming editor Mike Epstein found the app “interesting and fun,” but certainly wasn’t bowled over by it, calling it out for its “lack of any dedicated purpose or utility in the real world.” He also found that it drained his phone’s battery much faster than other apps, and used up a lot of storage space, too.

While Miitomo made some gains with a big update in November 2016, that and subsequent improvements clearly weren’t enough to propel the app to great heights, leading to Nintendo’s announcement this week.