3 Cybersecurity Stocks to Look at in 2018 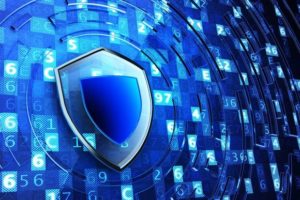 The cybersecurity industry saw impressive growth last year as corporations scrambled to get their houses in order following a series of serious breaches throughout the year. For example, the economic damage of ransomware attacks (which lock computer screens and demand a ransom) grew to an estimated $5 billion in 2017 from just $325 million in 2015.

Not surprisingly, Gartner estimates that the cybersecurity market’s revenue will hit $93 billion this year, a jump of 7% from last year. With that much revenue to fight for, Palo Alto Networks (NYSE: PANW), Cisco (NASDAQ: CSCO), and Check Point Software Technologies (NASDAQ: CHKP) look like top choices for investors in this space.

Palo Alto Networks has grabbed the cybersecurity opportunity with both hands. Last quarter, its revenue shot up 27% year over year thanks to impressive customer growth, allowing the company to increase its full-year revenue guidance.

It’s likely Palo Alto will be able to sustain its impressive momentum in 2018 as customers are spending a higher amount on its services. Last quarter, the company saw a 53% year-over-year jump in the lifetime value of its top 25 customers to an average of $23.2 million. Customer lifetime value is determined by removing the acquisition and servicing costs of a particular client account from the revenue generated.

The increase in customer lifetime value led to an increase of 1% in Palo Alto’s operating margin last quarter as it now costs less to acquire and service a customer. More specifically, the company’s sales and marketing expenses dropped to 51.1% of revenue from 55.2% in the year-ago period.

Palo Alto’s deferred revenue also increased 37% year over year to $1.9 billion last quarter, outpacing the growth in actual revenue. Deferred revenue is the revenue received by a company against goods and services that haven’t been provided yet, and will be recorded on the income statement when the actual delivery is done.

Palo Alto has slightly over $1 billion in short-term deferred revenue, which will be recorded on the books within a year. This means that the company has already secured almost half its projected fiscal 2018 revenue of $2.16 billion. So it looks to be in a good position to hit its target thanks to its updated Traps end-point protection system, which should help sustain its impressive customer growth.

One of the new features of Palo Alto’s updated security platform includes behavior-based ransomware protection. This update could bring more customers into the company’s fold as the ransomware protection market is slated to grow at an annual pace of 16%, according to Markets and Markets.

Check Point Software has a very different approach to the cybersecurity market. The company isn’t going all-out to capture revenue at the expense of profit, unlike Palo Alto.

Not surprisingly, Check Point has one of the best valuations in the cybersecurity space. It trades at a trailing P/E ratio of 22.1 and a forward P/E ratio of 17.9. The industry-average trailing P/E ratio is way higher at 148.4, as most of the companies in this space are unprofitable, choosing revenue growth rather than earnings growth.

This makes Check Point the preferred choice for investors with a conservative risk profile. But the company’s cautious approach doesn’t mean that it is a slouch when tapping the huge end-market opportunity. In fact, the company’s subscription business is in fine form, reporting 22% year-over-year growth last quarter.

The software business could gain more momentum thanks to the Check Point Infinity Architecture. This platform consolidates security across different endpoints such as the network, cloud, and mobile, giving customers advanced threat protection and real-time system monitoring under a single umbrella.

Cisco isn’t a pure-play cybersecurity company, but it is definitely one of the best bets to take advantage of this market. Last quarter, Cisco pulled in $585 million from its cybersecurity business, a jump of 8% from the prior-year period. By comparison, Palo Alto’s cybersecurity revenue was $505.5 million last quarter, while Check Point had generated $455 million.

Cisco’s cybersecurity business eclipses the pure-play companies in this space. This isn’t surprising, as Cisco has been earning its credentials as a networking equipment company for a long time, giving it an existing clientele to which it can sell its cybersecurity services.

Cisco can bundle its cybersecurity products into existing networking hardware and software products without having to spend much money on customer acquisition. This gives Cisco an advantage over pure-play rivals who have to fight aggressively for a share of the competitive cybersecurity market.

More importantly, Cisco is continually improving its cybersecurity offerings by integrating features like artificial intelligence for predicting threats and accelerating the response time upon detection. Additionally, Cisco has very deep pockets compared to its rivals. The company is sitting on almost $72 billion in cash compared to Palo Alto’s $1.5 billion and Check Point’s $1.8 billion.

So Cisco looks set to dominate the cybersecurity market for a long time given its financial muscle and an established network of clients.

Palo Alto Networks, Check Point, and Cisco give investors three different ways to take advantage of cybersecurity growth. While Palo Alto is an aggressive play, spending a lot of money to capture a bigger portion of the market, Check Point’s focus is on steady but profitable growth. Finally, for investors looking for some diversity, Cisco represents the best bet given its varying business segments and a nice dividend.