This Beaten-Down Oil Stock Got Even Cheaper This Week — Is It a Buy or a Value Trap? 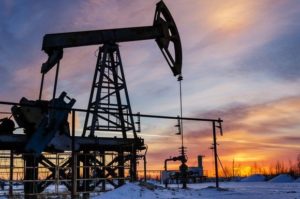 Shares of Canadian oil producer Pengrowth Energy (NYSE: PGH) fell about 14% this week, more than erasing its gains for the year. The stock is still down more than 40% over the past year, even though oil is up nearly 25%. That underperformance makes it seem like this beaten-down oil stock might be a good value.

However, there’s a reason the stock has sold off, with the announcement of its 2018 plan driving its latest downdraft. While the forecast shows that the company is slowly getting back up on its feet, it still has a long way to go before it’s on solid ground. That puts it well behind rivals that are already firing on all cylinders.

Drilling down into the plan

Pengrowth Energy announced that it plans to spend 65 million Canadian dollars ($52 million) on capital projects this year. That gives the company enough money to complete projects that will increase production 25% by the end of the year compared to where it was at the end of 2017. While that sounds excellent, it’s a bit deceiving.

That’s because Pengrowth was only producing about 19,000 barrels of oil equivalent per day (BOE/D) at the end of last year, which was a fraction of the 53,000 BOE/D it produced during the first quarter of 2017. Fueling the plunge was the sale of nearly CA$1 billion ($800 million) of assets last year to shore up its balance sheet. As a result, it has slimmed down to just two core assets that it hopes to grow in the coming years.

The biggest growth driver will be the company’s Lindbergh heavy oil assets in Canada. Pengrowth expects to boost oil production from that facility up to 18,000 barrels per day (BPD) by the end of this year, an increase from 14,500 BPD during the third quarter. The company hopes to further boost output up to 40,000-50,000 BPD in the future, as it continues expanding that facility. That said, it’s still working on a comprehensive strategy for the next phase of development. The company would also like to split future expansions into smaller, more manageable stages. However, it needs to do that without impacting returns, which at an estimated 20% at $55 oil are less lucrative than what other oil companies can earn on their growth projects.

While Pengrowth’s stock price has gotten cheaper, its value proposition hasn’t improved. That’s because the company still can’t match the value-creating ability of rivals. For example, Encana (NYSE: ECA) has a five-year plan to grow its cash flow at a 25% compound annual growth rate. Furthermore, Encana’s strategy would produce a cumulative $1.5 billion of excess cash flow over that time frame at $50 oil, which is money it could return to investors via dividends or share repurchases. The reason Encana can grow shareholder value at such a rapid pace is that its investments earn a minimum 35% return at $50 oil, thanks to its top-tier positions in some of North America’s top shale plays. Those higher returns at a lower oil price give Encana the fuel to grow shareholder value much more quickly than Pengrowth can achieve by investing in its project.

ConocoPhillips (NYSE: COP), likewise, can deliver value-creating growth for investors. The company’s three-year plan would see it grow cash flow at a 10% compound annual growth rate, increase its 1.8%-yielding dividend each year, and buy back billions of dollars in stock. ConocoPhillips only needs oil at $50 to achieve that plan, largely because it has pushed production costs down while increasing investment returns. Meanwhile, as oil prices rise above that level, ConocoPhillips can return more cash to investors, which is something Pengrowth won’t be able to do for quite some time.

Don’t fall into this trap

While Pengrowth’s stock price is down, it’s still not worth buying. That’s because it doesn’t have the resource base of rivals like Encana and ConocoPhillips, which can earn higher investment returns and generate more cash flow, enabling them to grow investor value faster. That’s why they are among the top oil stocks to buy.