Here’s how much workers in other countries need to retire 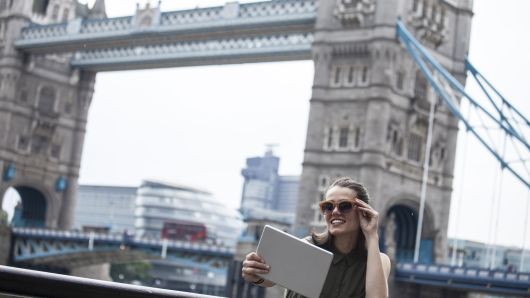 If you think having retirement savings equivalent to twice your salary by the time you’re 35 is a tough pill to swallow, be glad you don’t live in Hong Kong. Or Germany.

“Many employers wanted the same types of numbers overseas,” said Jeanne Thompson, a retirement expert with Fidelity, pointing to the firm’s businesses abroad and with multinational companies.

At age 30, the recommendation is broadly to have 1 times (x) your salary saved — except for Hong Kong, where the goalpost is 2x salary. But the countries’ benchmarks diverge widely from there.

By the average retirement age, U.S. and German workers should have 10x their salary saved, Fidelity found, while workers in Japan and the U.K. might need just 7x salary. In Hong Kong, the goal is a loftier 12x, and in Canada, 11x.

And to get to those goals, workers will need to have annual savings rates of anywhere from 13 percent (the U.K.) to a daunting 21 percent (Germany), Fidelity estimates.

Whether a quick glance at the benchmarks indicates you’re right on track or way off the path, you’ll want to take those guidelines with a grain of salt on your avocado toast.

“Rules of thumb can be helpful but, until you’re really digging into the specifics, it’s hard to utilize them as a hard recommendation for your own situation,” said certified financial planner Andrea Blackwelder, a co-founder of Wisdom Wealth Strategies in Denver.

A multitude of personal decisions — such as the age at which you plan to retire and where you’ll live in retirement — can make a big difference, she said. You’ll need to do the work of personalizing your goal numbers, using tools or the aid of a financial professional.

“If you look at this and you start to feel bad because you’re not at that perceived benchmark … it’s a call to action to take a look, to actually start putting a plan together,” said Douglas Boneparth, a CFP and president of Bone Fide Wealth in New York City.

The variation in Fidelity’s guidelines from country to country depends on a host of factors, including the typical retirement age, government programs and assumed investment returns, said Thompson. For example, Hong Kong workers tend to retire earlier and live longer than workers do in the other countries — so their recommended savings rate and benchmarks are higher.

Defined benefit pensions are still common in many of those countries, and that income could mean workers need to save less. Someone in Germany who expects 20 percent of their retirement income to come from a pension might only need an annual savings rate of 12 percent from other sources instead of 21 percent, Thompson said, with a final “x factor” of 5x salary versus 10x.

Another key point about Fidelity’s benchmarks: They’re geared to workers who spend their career in that country. The underlying calculations include government programs and other social supports that ex-pat retirees may not have access to, said Thompson.

“It’s not actually a statement about the best place to retire,” she said.

PrevPreviousHow Fintech Can Revolutionize Your Personal Finances
NextCan You Retire on $250,000? A Survey Says 39% of Americans Think SoNext