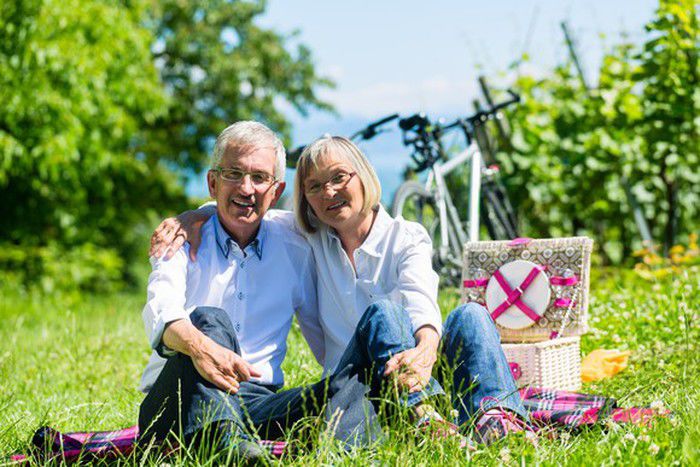 If there were a single savings target that guaranteed financial security later in life, socking away money for retirement would be much easier. Unfortunately, no such magic number exists. Instead, it’s on us as individuals to do our best to estimate our future expenses and save for them appropriately.

That said, the average person will generally need about 80% of pre-retirement income to live comfortably as a senior. And while Social Security might, in theory, provide about half of that, the rest frequently needs to come from savings (the exception being those lucky folks whose employers fund generous pensions on their behalves). When we keep that in mind, it’s a lot easier to arrive at a savings goal, especially thanks to the 4% rule.

The 4% rule states that if you begin by withdrawing 4% of your savings’ value during your first year of retirement, and then adjust subsequent withdrawals for inflation, your nest egg is likely to last 30 years. Though it’s not perfect, the rule’s value lies heavily in helping folks establish solid savings targets to work with.

Now, $60,000 is hardly a high-end salary. In fact, it’s only slightly off from the median U.S. household income of $56,516, as reported by the Census Bureau a few years back. Therefore, $600,000 is a reasonable savings target for many workers. Yet a large number of Americans are setting their savings goals much lower.

In fact, when asked by personal-finance website GOBankingRates how much of a nest egg they would want available in retirement, 39% of U.S. adults indicated that $100,000 to $250,000 was their ideal savings range. That’s not only well below the $600,000 target we just established, but also the lowest option that participants in the aforementioned study were allowed to choose from. Yet the $100,000 to $250,000 range was the most popular choice of the lot (the highest range to choose from was above $2 million).

The problem, of course, is that when we apply the 4% rule to a $250,000 savings balance, we get just $10,000 of income to work with each year. And that’s not a whole lot, even with Social Security factored into the mix.

Save now, be thankful later

While retiring with $250,000 is certainly better than retiring with little to nothing, it pays to set your sights on a higher figure. The good news: If you begin ramping up your savings efforts early on in your working years, you might easily save two to three times that amount without seriously impeding your lifestyle.

Check out the following table, which further illustrates this point:

As you can see, giving yourself a lengthy savings window will allow you to turn a series of relatively modest contributions into a pretty impressive sum over time. On the other hand, the longer you wait to start saving, the less you stand to retire with — either that, or the more catching up you’ll have to do later in life.

Regardless of how much money you think you’ll need in retirement, know that having more is always better than having less. Aim high, and with any luck, you’ll accumulate enough cash to live the lifestyle you want.