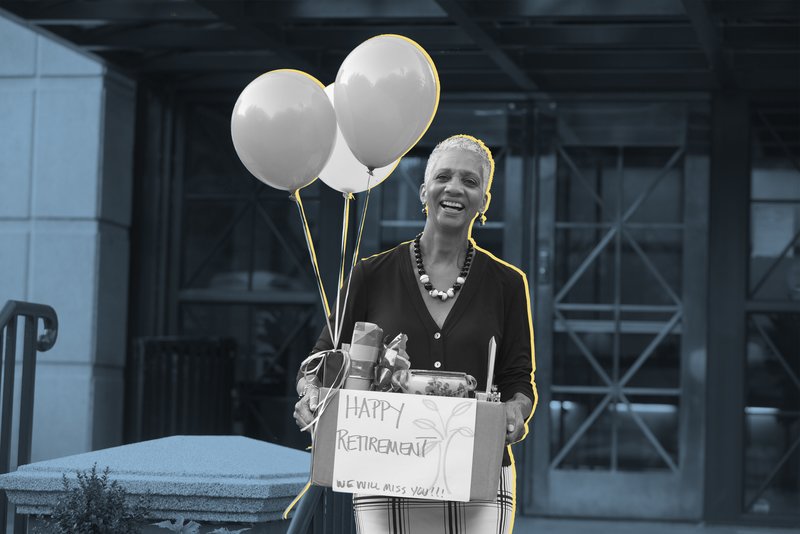 If you’ve been looking to make the math work on an early retirement, you just might get your wish. Drugmaker Pfizer recently announced a buyout offer for long-time employees, and experts say this could just be the start.

This year, 300 positions have been voluntarily eliminated by U.S. employers. While that’s down considerably from the nearly 5,000 buyout offers and early retirements in 2017, the dip might be temporary, says Colleen Madden Blumenfeld, spokeswoman for job placement firm Challenger Gray & Christmas.

“In the fourth quarter, [the number of voluntary severance program is] likely to increase, especially if companies in industries experiencing disruption make announcements,” she says.

If you’re 55 or older and have spent a decade or more at your company — common thresholds for buyout eligibility — it’s best to be prepared if such an offer comes your way. There’s one key driver you need to be aware of.

“The number one thing we look at for a buyout, before you take it, is, ‘Do you have a plan for where your income will come from?’” says Michael Foguth, president of Foguth Financial Group, a financial advisory in Brighton, Mich., who helped Ford employees evaluate a buyout plan offered in 2017. “If you’re not getting a paycheck every two weeks, you have to create your own paycheck.”

The nine-year bull market for stocks and low unemployment has put many people in a position to take a buyout. Here are signs you might be able to do it:

Buyouts often shower you with cash — sometimes six to 18 months of pay —to walk away. If you’re in your early 60s, this might be the bridge you need to exit gracefully. After you hit age 59 ½, you can start taking money out of your 401(k) without the 10% early withdrawal penalty. (Remember, though, that you’ll still have to pay income taxes on those withdrawals.) You’ll also need to consider Social Security. You can start collecting as soon as age 62. But there are downsides to taking money early. Taking the payout before you’re retirement age can result in at least a 25% reduction in what you receive in lifetime benefits.

You have a plan for health insurance

Buying health care on the individual, non-group market can be expensive, especially if your income is too high to qualify for premium subsidies under the Affordable Care Act. (Income thresholds for 2018 are $48,560 for an individual and $65,840 for a couple.) Research how much you’d pay for plans in your area on healthcare.gov, and see if you’re comfortable with the outlay — realizing that your premiums and your deductibles will likely rise each year.

Some buyouts include healthcare coverage for up to 18 months as an added carrot, says Michael Ernst, president and investment advisor at Ernst & Co. Wealth Management in Manhattan Beach, Calif. If not, that might be something you can negotiate. Another option is the company’s COBRA health coverage, which employers of 20 or more must offer to departing employees. With COBRA, though, know you’ll typically pay up to 102% of the cost of the plan.

You’ve saved a ton and have your debt under control

If you’ve been a prudent saver for decades and paid off your house, a buyout might be a way to start enjoying the fruits of your labor a little early. Social Security typically replaces only 40% of the average worker’s income, but with savings and a pension you might be able to make up the rest.

A general rule of thumb is that retirees can withdraw 4% of their diversified portfolio to pay for expenses and reasonably expect to have enough to last 30 years. Looking at it another way, you’ll need to save up 25 times your annual spending. So if your annual income need is $60,000 after factoring in Social Security, you’ll need a $1.5 million diversified portfolio to allow you to take out 4% a year.

Another approach is to consider an annuity, says Foguth. Annuities can be complicated and come with hefty fees. But for some people looking to retire early, annuities can provide steady, guaranteed income until Social Security kicks in. Immediate fixed annuities allow you to hand over cash to an insurer, who in turn sends you a check every month for a set number of years (or for life, depending on the policy). Check ImmediateAnnuities.com to see how much income you might expect to receive from an annuity. “Once your income is solved, the rest of it is you riding off into the sunset,” Foguth says.