Bear or bull? Five reasons to claw or thunder 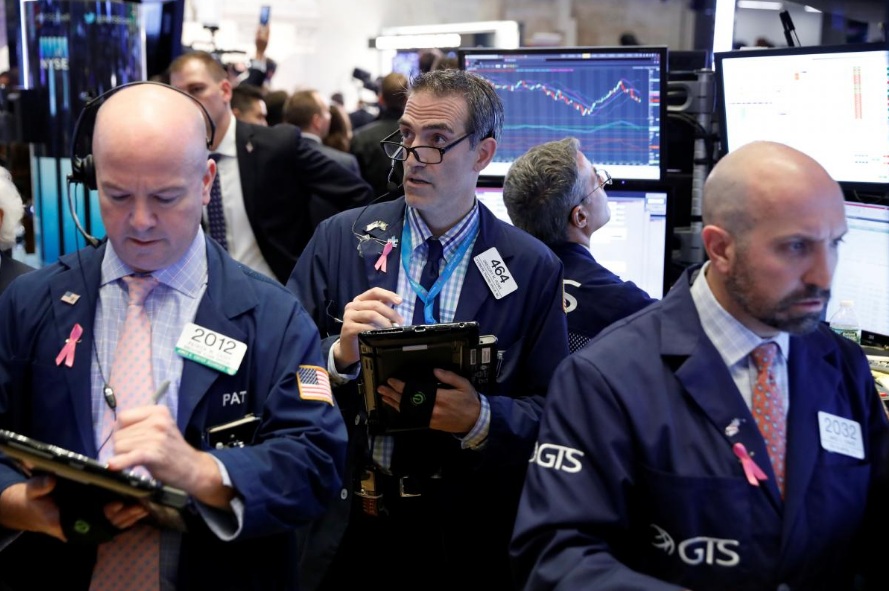 A sharp pullback in stocks last week, including the S&P 500’s .SPX biggest single-day drop since a market correction in February, has left investors questioning whether this could signal danger for the longest-ever bull run for U.S. equities.

The following are five arguments on either side of the debate:

REASONS TO BE BULLISH

PROFITS, PROFITS, PROFITS: Strong growth in U.S. corporate profits underpins the case for the bull market continuing its run. S&P 500 earnings are expected to rise 23.1 percent this year, according to I/B/E/S data from Refinitiv.

“If you still think the corporate profit story is intact, you should be owning stocks here,” said Chuck Carlson, chief executive officer at Horizon Investment Services in Hammond, Indiana.

IT’S THE ECONOMY, STUPID: Federal Reserve Chair Jerome Powell last week said the outlook for the U.S. economy is “remarkably positive,” and strategists are quick to note that it is rare to have a bear market when the economy is expanding.

“When you don’t have a recession, typically pullbacks can be sharp, but they tend to be short,” said Brad McMillan, chief investment officer for Commonwealth Financial Network in Waltham, Massachusetts.

HIGHER INTEREST RATES – NO BIG DEAL: The spike in U.S. Treasury yields spooked stocks but rising rates are less concerning if they are gradual.

“We believe we are in a reflationary environment … and hence, rising rates tend to be associated with rising stock prices,” Thomas Lee, Fundstrat’s head of research, said in a note.

MARKET CORRECTIONS – THEY’RE A GOOD THING: Sharp market pull-backs are viewed positively in the context of a long bull run because they rid the market of complacent investors and shake off pricey valuations.

“You need these periodic cleanses to kind of refresh and then allow the market to move higher,” Carlson said.

THE BUYBACK IS YOUR FRIEND: Some market-watchers have pointed to a recent “quiet period” preventing corporate stock buybacks as a potential reason for a lack of support during the volatility. But companies are expected to keep using their cash to repurchase their stock, keeping demand for equities high. Goldman Sachs strategists expect S&P 500 buybacks to climb by 22 percent to $940 billion in 2019.

Bucky Hellwig, senior vice president at BB&T Wealth Management, said that buybacks are “sustainable:” “You’ve got companies generating a higher level of cash flow based on the tax cuts that are in effect now, and that cash flow has to go somewhere.”

REASONS TO BE BEARISH:

EARNINGS – SHAKIER THAN THEY SEEM: After this year’s tax-fueled boost, S&P 500 earnings growth is expected to step down to 10 percent in 2019. Some investors worry that even that rate may be too high, given pressures from rising wages and other increasing costs.

“The bull case is predicated on earnings being OK and if we actually see earnings estimates roll down … that’s a big risk,” said Keith Lerner, chief market strategist with SunTrust Advisory Services in Atlanta.

THE FED DOES NOT HAVE YOUR BACK: Powell’s recent comments that rates need to continue to move toward an estimated neutral level and even a bit beyond are a concern for investors who believe the central bank may increase rates too quickly.

“The Fed could tighten too much, especially given that it is using two tools at the same time – rate hikes and balance sheet normalization,” said Kristina Hooper, chief global market strategist at Invesco. “That has the potential to choke economic growth and create disruption and volatility in the stock market.”

POLITICS – CLOUDS ON THE HORIZON: Investors point to risks from increasing tensions over trade between the United States and China, the world’s two biggest economies.

Turmoil in Washington also creates unease on Wall Street, and volatility could rise ahead of the November congressional elections.

BONDS ARE ENTICING: Key to the run in stocks has been their relative yield advantage over other assets, namely bonds. But the rise in bond yields means they are increasingly attractive and may start to lure away investor resources from stocks.

“If bond yields start offering competition to equities, then the favorable case for equities versus bonds is adversely affected and that is the key thing to watch out for,” said Vinay Pande, head of short-term investment opportunities at UBS Global Wealth Management.

TECH WRECK: Shares of technology and other Internet-related companies have led the stock market’s ascent to record highs in recent years, but those shares have particularly suffered in the recent pullback.

If tech continues to stumble, some investors are concerned that other sectors will fail to pick up the slack in any market rotation.