Failing To Deliver On The Promise Of Breakthrough Technology 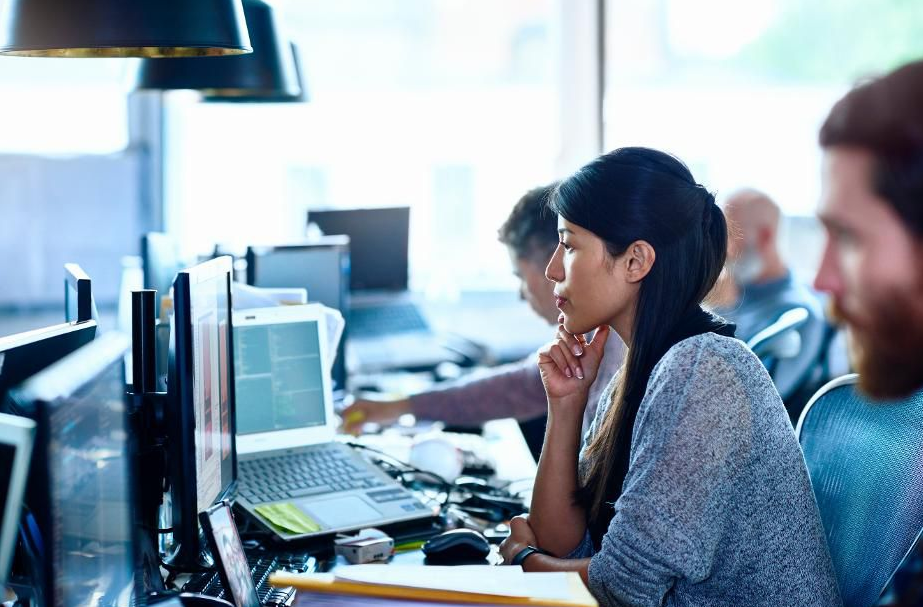 Even if you believe that an apple falling from a tree inspired Sir Isaac Newton’s universal law of gravitation, his Principia certainly didn’t spring forth in a eureka moment. It’s a lovely analogy, but science doesn’t necessarily work that way, neither does technology, business or life.

In reality, discovery and advancement result from an ongoing process of intense study, experimentation and scrutiny. We leverage existing knowledge to formulate new hypotheses in pursuit of more knowledge. To paraphrase Newton himself, we are like dwarfs climbing onto the shoulders of giants to glimpse greater vistas.

Technology is merely the “fruit” of this ascent, translated into practical, real-world applications. The headlines may make new tech sound like magic, but nothing could be further from the truth. It’s merely evidence of ongoing hard work and the accumulation of myriad incremental and continuous improvements.

A trio of solid-state physicists researching electrical current and semiconductive substances produced the transistor effect in 1948. Seventy years of iteratively applying that knowledge toward utility and — presto! — you wind up with the new iPhone XS.

I’m not proposing that we don’t live in a world of impressive technological achievement and possibilities. The internet and the data revolution have quickened the innovation pace to an astonishing degree. Even in this digitalized age, where “in effect, a person can get access to nearly any notable work mankind has ever produced … instantly,” there’s still far too much focus on quick buzz and too little on continuously improving function. Thus, too much technology fails to deliver on its promise. Why?

Some of this can be attributed to human nature. There’s a reason Gartner’s famed technology hype cycle plunges from the “peak of inflated expectations” to the “trough of disillusionment.” Like grade schoolers coveting those cool new sneakers because everyone else is wearing them, we’re often drawn to whatever is newest, crave the next big thing and buy in anticipation based on what we see others do, leading to acquiring technology for technology’s sake, which is both wasteful and pointless.

The delivery gap can’t be entirely explained by “FOMO,” or fear of missing out — a misguided impulse to keep up with the Joneses. There’s more to it than that.

Acquisition is directly tied to business benefit. No new solution will spark interest without assurances of a significant return on investment (ROI). The trick is in balancing these forces, and that’s where problems arise.

Consider enterprise cybersecurity, for example. Business leaders know that digital threats are real and attack exposure is great. This year’s KPMG “2018 U.S. CEO Outlook” confirms that cybersecurity tops the list of threats posing a risk to growth, with 68% of CEOs reporting they believe that a cyber attack is inevitable. Gartner forecasts global enterprise security spending will exceed $96 billion this year, but the report notes that a large portion of the spend will be in reaction to breaches rather than in prevention. Cart, meet horse.

Continual and evolving cyber threats mean that securing the software that runs modern business requires frequent and evolving updates and upgrades, but how often does this take place in the enterprise if there hasn’t been a breach?

Conversely, when it comes to your mobile phone, you’ve likely had at least a dozen application modifications over the course of the past month, where software patches and improvements have been implemented automatically or with the click of an “OK” button to quickly upgrade before you can continue to use the software securely.

The need for continuous incremental improvements is the widely adopted standard in the mobile world. So, why has that not translated to the enterprise, where software updates still get scheduled on a quarterly, annual or illusory “when we get around to it” basis?

Based on my perspective, there’s a severe cultural disconnect between mobile and enterprise practices. Meanwhile, estimates suggest cyber-crime damages will cost the world $6 trillion annually by 2021.

There’s a visible pattern of enterprise paying lip service to the importance of security but not changing to address the issue. It’s only tied to a business value after a significant loss. Optimism trumps complexity and focuses return to flashy new technologies that promise super improvements to vague user experiences and the glory of double-digit ROI.

The truth is that people are attracted to buzz because that’s how you get seen. Nobody gets a promotion for making the stuff you already have work. The issue of cybersecurity is just one example of this phenomena, but the cultural disconnect is evident throughout all aspects of enterprise IT.

Enterprise needs a new mindset. We must first acknowledge that we’re living in a “continuous” age. IT strategy must move away from stop-gap measures, annual schedules and magical set-it-and-forget-it dreams. Organizations, like the rest of the modern world, are now real-time, streaming, evolving technological entities requiring ongoing processes of intense study, experimentation and scrutiny.

The culture has to change — and people hate change, so it requires commitment. You can’t deliver on the promise of hyper-converged infrastructure or artificial intelligence or blockchain, or whatever the next big thing may be, without the hard work of first defining how that technology builds on your existing technology and how it should function in your environment — doggedly tackling integration, simplifying and retraining and upgrading in continuous incremental efforts to foment adoption.

Newton didn’t “discover” gravity when an apple fell on his head, and enterprise IT won’t be “fixed” by eureka moments. Delivering on the breakthrough promises of innovation requires abandoning the beautiful allegories and embracing the real world of steadily improving function.

PrevPreviousBear or bull? Five reasons to claw or thunder
NextFirst Ever Acceleration of Electrons in Plasma WavesNext