Palladium may soon be worth more than gold 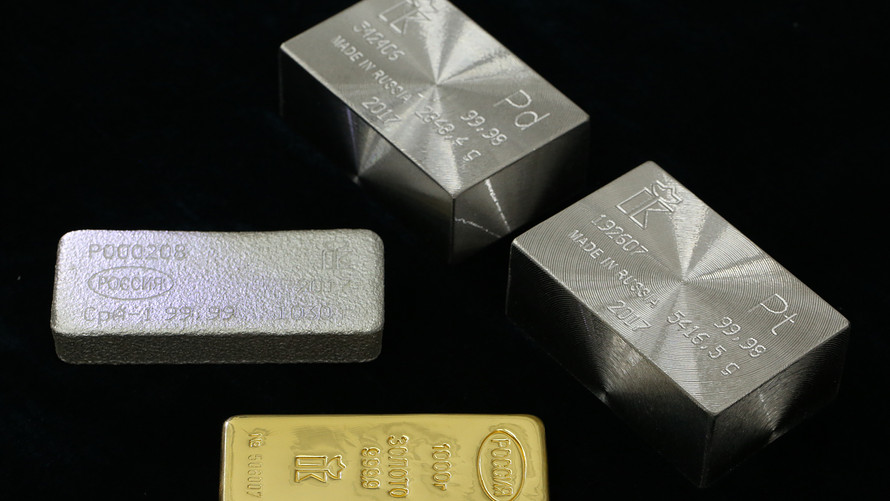 The price of palladium has had an impressive climb of nearly 30% over the past six weeks, and could become more valuable than gold for the first time in 16 years.

Futures prices for palladium PAZ8, -0.62% which is widely used in the pollution-control catalytic converters on gasoline-powered vehicles, jumped from a mid-August settlement low of $837.20 an ounce to end at $1,072.80 on Friday, the highest finish since January. That’s when prices hit a record above $1,100, based on FactSet data going back to 1984.

“Car demand is solid across the world, and trends are toward big SUVs in the U.S. and small gasoline engines in Asia,” says R. Michael Jones, chief executive officer of Platinum Group Metals PLG, -2.08% “All of these are growing palladium demand.”

Sister metal platinum PLF9, +0.47% ) is more commonly used in catalytic converters for diesel engines, but demand for diesel cars has “plummeted in recent years,” partly a result of the Volkswagen emissions scandal, says Peter Grant, vice president of commodities and futures brokerage Zaner Metals. In 2015, Volkswagen VOW, -1.05% VW, -0.71% admitted to manipulating emissions tests on some diesel-powered vehicles in the U.S. and elsewhere.

Automotive demand for palladium, however, is expected to rise to a record high of nearly 8.6 million ounces this year, after logging an all-time high of 8.4 million last year, according to specialty chemicals company Johnson Matthey.

Strong demand for palladium comes as global supplies have tightened.

With the majority of the supply of platinum-group metals, or PGMs, coming from Russia, the “potential of further economic sanctions is an overhanging threat to supply,” says Grant. It also “seems logical that China would be bidding up the PGMs in an effort to secure needed supplies before any additional tariffs impinge on their ability to do so,” he adds.

Jones points out that about 40% of palladium supply comes as a byproduct of platinum mining in South Africa, and that has been declining on the back of escalating costs and low labor productivity. “Regardless of the palladium price, since it is a byproduct metal, the supply is shrinking,” he says.

That has all contributed to a change in palladium’s historical price relationships with platinum and gold.

The per ounce price of platinum had traded above the price of palladium from late 2001 until about a year ago. After roughly 16 years, the metals are “seeing an inverse relationship,” and this could “have a lasting effect going forward with respect to investors’ vote of confidence,” says Nicholas Gunther, market research analyst at Long Leaf Trading. “You are seeing investors change their preference from platinum and migrate more toward palladium.”

At the same time, palladium prices are gaining on gold GCZ8, +0.74%

“The gold/palladium ratio is historically the narrowest it has been in quite some time,” says Ed Egilinsky, head of alternative investments at Direxion. “Gold doesn’t have the same everyday industrial usage as palladium,” and gold has been “more directly susceptible to a strengthening U.S. dollar, contributing to its recent relative weakness.”

He says the historical, long-term relationship is that gold is priced two to three times higher than palladium. The current ratio is a little over one.

“It is possible for palladium to trade higher than gold…if palladium supply continues to be muted, demand for autos and electronics increases, and tighter emission legislation further takes hold in China and the U.S.,” Egilinsky says.

Platinum Group Metals’ Jones believes that palladium could climb to $1,200 this year and $1,400 next year and wouldn’t need a new “catalyst” to get there. “The chess pieces are all in place,” he says.