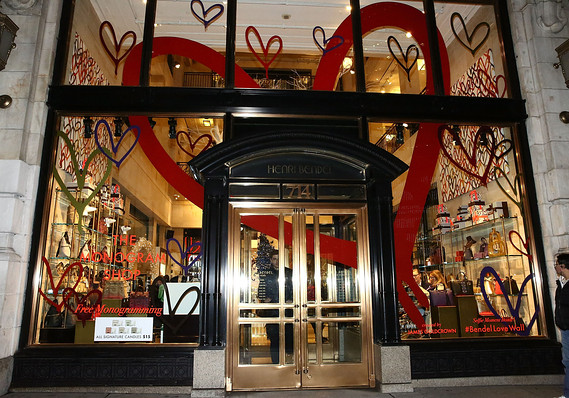 News that the department store Henri Bendel will be closing its doors for good in January 2019 after 123 years in business might make shoppers weep, but Wells Fargo analysts say it’s a step on the path to growth at L Brands Inc.

L Brands announced that it would close all 23 Henri Bendel stores, including the iconic New York City location, and shut down the e-commerce site after the 2018 holiday season. The decision is an effort to improve the performance of the business, said L Brands Chief Executive Leslie Wexner in a statement.

The company has struggled, cutting its guidance in late August for the second time this year. Same-store sales at Pink, a brand focused on college-aged women, fell into the mid-single-digit range. And Victoria’s Secret continued to feel the pinch from its exit from the swim category, as well as the consumer shift to lower-priced, less padded bras.

“We view this initiative favorably, as we believe it reflects management’s willingness to take a critical eye to the business in light of persistent, multi-year weakness,” wrote Wells Fargo analysts led by Ike Boruchow, “and hope that it is a harbinger of additional profit-conserving measures to come.”

Wells Fargo highlighted a number of other ways the company could cut back, including an assessment of its real estate, which includes more than 1,100 Victoria’s Secret stores and more than 1,600 Bath & Body Works stores in the U.S.; lowering the costs of flagship locations, like the Bond Street location in the U.K. and stores along New York City’s pricey Fifth Avenue; and taking another look at the televised Victoria’s Secret Fashion Show, which has declined in the ratings and, therefore, lost some of its marketing value.

“Though Bath & Body Works continues to generate robust results (its strength must be commended) and we commend their recent Bendel announcement, Victoria’s Secret’s struggles seem to have no end in sight and we would remain sidelined until there is greater visibility into a turnaround at the beleaguered company,” analysts wrote.

Instinet says that figuring out the problems with the Pink brand should be a priority.

“Management has not called out growth in Pink since January, with another decline in August,” analysts wrote in a note published September 6. “With the business having generated ~$2.8 billion last year (~39% of Victoria’s Secret’s revenues), the brand’s health and understanding the downside risk are critical.”