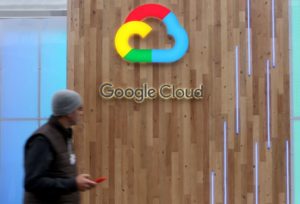 Google is pushing hard on its efforts to build out a deeper enterprise business around Google Cloud, which continues to trail behind Amazon’s AWS and Microsoft’s Azure when it comes to revenues and usage among organizations. In the latest development, Google has picked up Cask Data, a Palo Alto startup that specializes in building solutions to run big data analytics services based on Hadoop.

The news comes less than a week after Google announced the acquisition of Velostrata, a startup from Israel that helps businesses migrate and run data, apps and other IT functions in the cloud and across hybrid environments.

The Cask Data news was quietly made public by the co-founders of the startup, Jonathan Gray and Nitin Motgi, in a blog post on May 14, which also confirmed that the company would continue supporting existing customers and products.

CDAP was Cask’s key product, and Google will continue to keep it open source, according to a statement from the company confirming the deal with Cask’s own blog post.

“We’re thrilled to welcome the talented Cask team to Google Cloud, and are excited to work together to help make developers more productive with our data processing services both in the cloud and on-premise,” said William Vambenepe, group product manager for Google Cloud in the statement. “We are committed to open source, and look forward to driving the CDAP project’s growth within the broader developer community.”

We have also followed up with Google directly, and a company spokesperson echoed the same. “We can confirm that Cask Data has joined Google Cloud,” she said.

Notably, neither Cask nor Google described the deal as an “acquisition,” and Google didn’t respond to our question asking about this directly. But from Cask’s FAQ, it sounds like at least a portion of its 55 staff, and Cask’s products and customers, are part of the deal.

Financial terms are not being disclosed. Cask Data had raised around $40 million in funding to date, according to PitchBook, with a long list of big-name investors, including Andreessen Horowitz, AME Cloud Ventures, Battery Ventures, Cloudera, Data Collective, Ericsson and Ignition Venture Partners. PitchBook’s records indicate that Ignition sold its stake on April 25, which might have been when the deal closed. The most recent valuation noted in PitchBook was for $57 million, back in 2015.

Cask doesn’t provide an extensive list of customers — the only two mentioned on its site are Thomson Reuters and data management platform provider Lotame — but it outlines several ways in which it’s working with companies today, which provides a rough idea of what it might be continuing to develop at Google.

Google Cloud is estimated to be a $4 billion business, putting it far behind Amazon and Microsoft’s cloud services, which respectively are heading to annual revenues of $20 billion and $21 billion. Similarly, it appears to also be trailing behind the two when it comes to enterprise adoption.

In other words, adding more tools such as the ones offered by Cask, as well as picking up more customers, are two routes to giving Google Cloud the touchpoints it needs to expand its business further. And with many enterprises still using on-premise and hybrid architectures, and ever-present opportunities to nab business from rivals with competitive offerings, there is still a lot to play for.