To unlock secrets of evolution, scientists want to sequence all life on Earth 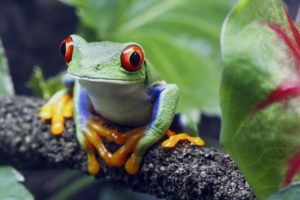 Humans have a bad habit. Since biblical times, we’ve ushered in apocalypses only to hatch last-minute plans to save the planet from destruction. If the animal kingdom was a classroom and each species was a student, humans would be the churlish kid who ruins recess for everyone and then kisses ass to get it back.

Well, we may have been spared the wrath of God but not yet the consequences of climate change. So with sea levels and global temperatures on the rise, a handful of modern-day Noahs have taken on the task of preserving life for future generations. Instead of an ark, they’ve turned to technology as their vessel for preservation.

On a remote island in arctic Norway, the Svalbard Global Seed Vault offers a fortified stash house for the 1,700 or so other seed banks peppered across the globe. The organization’s goal is to preserve genetic diversity and save agriculture from catastrophic failure as a result of an unforgiving environment.

The interdisciplinary team behind Digital Life, on the other hand, use high-definition cameras to take 3D images of animals, with a focus on endangered species. By publishing these 3D models for free online, the project helps share scientific data across the globe, while preserving specimens — albeit digitally — for future generations.

Now a team of genomicists has set its own ambitious goal — to sequence the genome of all plants and animals on Earth. Called the Earth BioGenome Project, they hope to unlock the secrets of evolution, aid in conservation efforts, and help preserve the blueprint of species for perpetuity.

The project came to life in an appropriate way — on the back of a napkin while a few scientists mulled over the mysteries of life. In their discussion, Harris Lewin, Gene Robinson, and John Kress reached an impasse. Their scientific pursuits differed — Lewin studies the evolution of the genome, Robinson the origin of social behavior in insects, and Kress the co-evolution of plants and birds — but they all agreed they’d need a lot more data to crack their particular codes.

“There were literally hundreds of questions we needed to ask to know the secrets of life on the planet,” Lewin, a professor at the University of California, Davis, told Digital Trends.

As genomicists, much the information they needed was packed in DNA, so Lewin scribbled a few back-of-the-napkin calculations to see what it would take to do a full sweep, sequencing the genomes of all plant and animal life. It seemed feasible, he said, so they began to consider the consequences of having such an extensive genomic map of life on Earth.

“We realized that what we’d have would sort of be the infrastructure for a new biology,” he said, “a scientific structure for really understanding how life evolved on the planet, and of course what you could derive from this knowledge.”

Later, the researchers developed a timeline and performed a few more formal calculations, creating a 10-year plan at an estimated cost of $4.7 billion.

The Earth BioGenome Project is driven by two main pursuits. First, such a resource would grant genomicists unprecedented access to the instruction manuals of life. If you think of genes as ingredients and organisms as a meal, genomes are like recipes in an evolutionary cookbook. Reading through a genome might not tell you exactly why an organism is the way it is, but it gives you a pretty clear framework to study how it came to be. 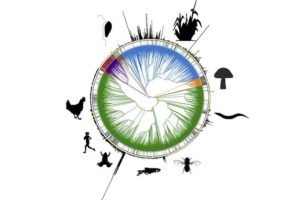 “How did life organize?” Lewin says, beginning to list the mysteries of evolution. “What are the relationships are between organisms on the planet? This isn’t clear from how traditional taxonomy is done … But by comparing the DNA sequences to each other you can understand the relationships and, in time, find out things like where ancestors converged.”

The other aim of the project is to map DNA for the sake of conservation and preservation.

“Once you know this genetic information, you can design programs that will enable conservation biologists to develop plans for conservation and preservation based on that information,” Lewin said. That may sound simple but it will entail customized plans for each species in question.

During the first phase of the project, the researchers will try to sequence about 9,300 species, Lewin said, at least one from each eukaryotic family. Of the $500 million Lewin estimates they’ll need to fund phase one, the team has raised $100 million.

They’ll widen their net in later phases, aiming to include the 23,000 species listed as endangered by the International Union for Conservation of Nature and, eventually, they hope to sequence all known life.

Doing this all on their own would be unfeasible so Lewin and his colleagues have enlisted some help. Fellow researchers, institutions, and even entire countries have shown interest in contributing to the Earth BioGenome Project, taking on some of the workload and helping foot the bill.

“Countries around the world want to participate in a meaningful way,” Lewin said, “not just by providing samples to the project but also…developing their own internal capacity and infrastructure for doing the sequencing, interpretation, and informatics.” He pointed to Brazil, which, thanks to the Amazon Basin, represensts roughly ten percent of the entire global biodiversity, as a country that’s keen to get involved.

The project is trailed by a couple questions not least of which is, Is it feasible and is it even worth it?

Some 1.5 million species have discovered but experts think that represents a mere ten percent of the total number of plants and animals in existence. To date, we’ve sequenced just about 15,000 species.

But sequencing technology has advanced considerably since the Human Genome Project, a $3-billion initiative that took 13 years to complete. A few years ago companies boasted that they could sequence an entire human genome for less than $1,000. Last year, they claimed they could do it for $100. So Lewin isn’t worried about sequencing – he’s focused on getting his hands on specimens in the first place.

“The acquisition of samples is the most difficult part,” he said. “Sequencing is not the most difficult. We have the technology to do that. It’s vouchering, collecting, making sure the validity of a certain species is correct [that will be the biggest challenge]. For many species in the world there’s just a single person that can identify that species. There are so few experts in the world who can do that kind of work.”

Not everyone thinks the project is a worthy pursuit when it comes to saving species. In a place like the Brazilian Amazon, which loses thousands of square miles of rainforest annually and which the government seems indecisive in its commitment to protect, a campaign to sequence species may be missing the point.

“The principle question about a place like the Amazon is what we can do to prevent it from going up in smoke in the next thirty or forty years.” Stuart Pimm, a conservation ecologist and expert in extinction studies, said. “If it goes up in smoke, whether we know the genomes or not, that’s not going to do anything useful for us.”

Putting the preservation of species aside, it may not take a decade for the Earth BioGenome Project to begin to pay off in other ways. In a recent partnership, the project joined with the Earth Bank of Codes, a digital platform that records and registers biological data on a public blockchain. By making a country’s “biological assets,” including genetic code, open and protected from bioprospecting, the partnership hopes to help innovators develop bio-inspired drugs and technologies that could define our future. Some of the organization’s lofty ideas include using ants to influence self-driving cars and poisonous frogs to develop anti-microbial medication.

“The purpose [with this partnership] is to ensure a benefit-sharing from any invention, innovation, and new technology that develops as a result of the sequencing of biodiversity where the biodiversity is sourced from any particular country,” Lewin said. “Any knowledge that derives from this project or the benefits generated can be returned, or a portion of those benefits can be shared with those countries.”

Such a partnership could spur a new economic model for places like the Amazon Basin, where the bio-economy could be based on inspiration from biological organisms rather than exploitation of natural resources.

But first they’ll have to start sequencing. Only a few million species left to go.

PrevPreviousHow to edit a PDF
NextApple Doubles Down on Its FutureNext