The 5 Brands Millennials Love Most

Brand agency MBLM has released its 2018 Brand Intimacy Report, the largest study of brands based on emotions. According to the report, “Brand Intimacy is defined as a new paradigm that leverages and strengthens the emotional bonds between a person and a brand.”

The study reveals that a strong emotional bond can be a crucial factor in forming better relationships with customers. The report also suggests that these preferred brands can command a premium among this influential and quickly growing demographic. This can translate to better financial results for these companies.

Here’s a list of the five brands that have the strongest connection with millennials, and some of the reasons why.

The dawn of e-commerce began just as the earliest millennials were entering their teen years, so online shopping has likely become second nature to this digitally savvy demographic. Many grew up seeing the recognizable “smiley-faced” boxes being delivered to their homes, so it’s only natural that many would follow suit and become customers. There are a number of other reasons Amazon.com (NASDAQ: AMZN) has become a favorite of millennials.

Amazon is well-known for its fanatical customer service, which is highly valued by these shoppers. Social media is second nature, and millennials are fond of sharing their views on products and seeking out the opinions of others using Amazon’s product review feature. Other surveys have found that Amazon is the one app that millennials “can’t go without.” 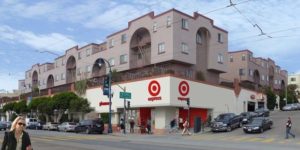 Millennials were undoubtedly affected by the Great Recession, which kept many of them living at home longer than planned. These events have instilled a level of price sensitivity among these younger shoppers, which gives discount stores an edge.

Over the last several years, Target (NYSE: TGT) has made a concerted effort to “target” millennial customers. These efforts included offering more organic, gluten-free, and natural products among its grocery offerings, as well as opening smaller, more focused stores, and collaborating with designers on younger-skewing brands. Those efforts appear to be paying off as the combination of style and affordability offered by the retailer resonates with younger shoppers.

The video-sharing and viewing platform owned by Google parent Alphabet Inc. (NASDAQ: GOOGL) (NASDAQ: GOOG), made a big move in this year’s survey, up from No. 10 last year. This is corroborated by other studies that have found that YouTube is the most popular social app among the group. Additionally, millennials have a strong connection to their phones, making YouTube a natural thanks to its short-form videos.

“We were surprised and pleased to see YouTube as an addition to the top three most intimate brands for millennials this year,” stated Mario Natarelli, managing partner, MBLM. “We believe its rise is due to our culture’s continued need for escape and the brand’s immediate, diverse content, personalities, and growing offerings in movies and live TV. YouTube is clearly an established ritual in the lives of many millennials today.”

Disney (NYSE: DIS) is a brand millennials have grown up with, so it isn’t too much of a stretch to see it among the most beloved. Nostalgia is key part of the equation with this demographic, but Disney has also evolved and now includes franchises like Star Wars and Marvel. Each brand evokes a strong connection for the group, and they are powerful forces in pop culture as well.

Further deepening this emotional attachment for millennials is the ability to share these experiences with their young families. Millennials tend to integrate their beliefs and values as factors in choosing companies they choose to support. The Disney brand is still regarded as among the most family-friendly on the planet.

Millennials are among the most connected demographic, with 87% saying their smartphones never leave their side, with 80% reaching for their smartphone first thing in the morning. They are particularly tech savvy, and research shows that they simply expect their technology to work — and no company has a better reputation for superior quality than Apple (NASDAQ: AAPL).

The iPhone maker is the poster child for connecting with its customers on a much more visceral level. The devotion displayed by users of Apple products is the stuff of legend. Devotees of the company’s products have been labeled “fanboys” (or girls) and many wouldn’t even consider buying a competitor’s product. It’s no coincidence then, that the oldest millennials — who are children of the digital era — were entering their prime earnings years when the iPhone debuted in 2007.

Can you feel the love?

Each of these companies has been successful at forging an emotional connection with their millennial customers, which has provided them with a competitive advantage.

It’s important to note that these results aren’t an anomaly. Each of the companies in the top 5 this year appeared in the top 10 in last year’s Brand Intimacy report. That shows that these connections take time and commitment to achieve, but the results can be well worth the effort.