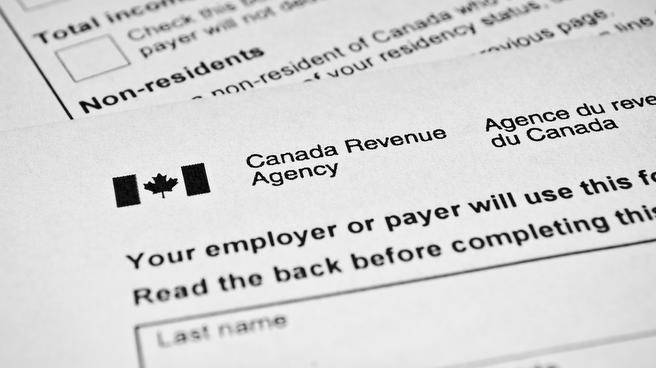 Families with children in arts and sports programs — and those taking public transit — are likely going to be forking over more of their hard-earned money to Ottawa this year, say tax specialists.

Two tax credits, one for children’s arts and the other for fitness programs, are gone this year after being cut in half for the last tax season.

“You used to be able to claim a few things for your kids,” Joel Gillis, owner of The Tax Depot of Halifax, said in an interview. “The fitness credit was for soccer and things like that … last year, they reduced it to $500. It had been near $1,000.”

When it was fully in place only a few years ago, the federal fitness tax credit allowed Canadians to save 15 per cent of the amount spent to a maximum of $1,000 on their personal income taxes, an annual tax break of $150 per child. Even at the reduced level last year it allowed families to save up to $75 on their taxes per child enrolled in these sports programs every year.

And so is the federal arts program tax credit.

The loss of the arts tax credit means Canadian families who spent on arts programs for their children will no longer be able to get a break they enjoyed last year of up to $37.50 per child enrolled in these programs.

Atlantic Canadians using buses to get to work or school will also get less of a break on their taxes this tax season because, starting July 1, 2017, the public transit credit vanished, meaning only the money spent on transit during the first six months of the year can be claimed on income taxes this season.

An adult MetroPass in Halifax goes for $78. Using one pass every month for a full year would mean expenses of $936, which could be previously claimed on someone’s income taxes to take advantage of the public transit credit, saving them about $140 in taxes.

Half of that is gone this tax season, said Gillis.

“The ones with bus passes, it didn’t give them a fortune but they’re not happy,” said the tax expert. “It’s a little bit of nickel and diming but it adds up.”

The cumulative effect of the loss of these tax credits is to let the taxman reach in and grab more money from many middle-class Canadians, says Brian Himmelman, president of Himmelman & Associates Financial Advisors.

There are, of course, bright spots.

The federal basic personal exemption is now a smidgeon higher at $11,635. The Employment Insurance 30 per cent clawback threshold was increased to apply to an income of more than $64,125, up from $63,500 the previous year. And the amount for disability has been increased to $8,113.

But these changes, and others like them, aren’t expected to make much of a difference to most Canadians’ tax bills.

“The basic personal exemptions have gone up but only by a very small amount,” said Gillis. “I can’t see anybody’s taxes going down. They will effectively go up.”

In mid-2016, Prime Minister Justin Trudeau announced a boost to the Universal Child Care Benefit scheme that’s expected to cost $22.4 billion over five years and was to put a lot more green into the pockets of Canadian families.

But even with that extra money, tax experts figure most Canadian families will fall behind.

In a bulletin released in January and dubbed The Effect on Canadian Families of Changes to Federal Income Tax and CPP Payroll Tax, the Fraser Institute think-tank painted a stark picture of the impact of the federal government’s tax policies since the Liberals swept into power.

Three of the Fraser Institute’s experts in economics, Charles Lammam, Milagros Palacios and Hugh MacIntyre, compared the amount Canadian families would pay in taxes this year under the current government’s policies and what they would have paid had the tax regime that was in place prior to the last federal election simply remained in place.

The result? Thousands of extra dollars in taxes being levied against the average Canadian family.

“We found that the vast majority of Canadian families, 92 per cent of them, will pay about $2,200 more in taxes,” said Charles Lammam, the Fraser Institute’s director of fiscal studies, in an interview.

Canadians with offspring in college or university — or taking classes themselves — are also in for a rude awakening when looking to claim the cost of textbooks and educational expenses outside of tuition.

“Effective Jan. 1, 2017, the federal education and textbook tax credits were eliminated,” the federal government notes on its website. In many Canadian households, parents claim tax credits associated with their kids’ university educations when they still live at home on their own returns.

University students who live outside the family home usually either use those tax credits themselves immediately or bank them for future use because their current incomes are still too low to make that useful. When the students graduate and get good-paying jobs, though, they then usually apply those tax credits to get money back from the government.

As of this tax season, though, the amount for education and textbooks, which could add up to almost $4,000 per year, is gone from the federal tax scheme, leading to a loss of as much as $558 in taxes back to each Canadian that would have claimed that tax credit.

The provincial portion of the tax bill for Atlantic Canadians is expected to remain about the same as it was last year, said Marilyn Hicks, an independent tax specialist in Halifax, in an interview.

She would like to see improvements to Nova Scotia’s tax regime to make that province more competitive with other regions of the country and help out those with lower incomes.

In a nutshell, Nova Scotia’s income tax brackets haven’t budged in years despite inflation and wage increases. That’s led to many of the working poor being nudged into higher income tax brackets even though their real income in inflation-controlled dollars has not gone up.

“People in lower tax brackets are probably paying taxes here whereas in other provinces they might not.”

Atlantic Canadians are also stuck with some of the lowest basic personal exemption amounts for their provincial taxes. That can mean having to pay taxes on a bigger chunk of their income.

Islanders’ personal basic exemption for their provincial taxes is only $8,160. In Nova Scotia, the comparable figure is $8,481. In Newfoundland and Labrador, it’s $8,978. And New Brunswickers have a basic provincial personal exemption of $9,895.

According to Hicks, the Atlantic Canadian provinces need to get more competitive with the rest of the country with their tax regimes to stem the westward outflow of people to the Alberta oilfields.