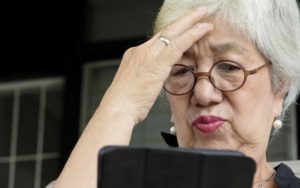 If you are nearing retirement, you could fall prey to common misconceptions about Medicare.

And that can lead to costly errors.

“Medicare is very complicated and confusing,” said Diane J. Omdahl, co-founder and president of 65 Incorporated, a provider of Medicare software and consulting services. “The people who are turning 65 are at the biggest risk for making mistakes.”

These issues are increasingly common as more people continue working past age 65. The labor force participation rate is expected to grow fastest for individuals ages 65 to 74 and 75 and older through the year 2024, according to the Bureau of Labor Statistics.

The first mistake people make is missing that deadline, said Katy Votava, president and founder of Goodcare.com, a health care consulting firm. That is because many people think their full retirement age according to the Social Security Administration is their Medicare deadline.

For those who were born between 1943 and 1954, full retirement age is 66, according to the Social Security Administration. But the age when you typically must sign up for Medicare is 65.

You have up until you are age 65 and four months to make a decision. After that, you could face late enrollment penalties depending on your situation.

“Read the meter when you’re 64,” Votava said. “Do your homework, check, double check and sort it out so when you turn 65 you have a game plan.”

“Now is the time to stop the bleeding” if you do need to sign up, Votava said. “You will still have a penalty, but your penalty won’t get any bigger.”

One of the biggest misconceptions for those who are 65 is that they have to enroll in Medicare, according to Omdahl.

If you are covered by an employer plan or a spouse’s employer plan, for example, you don’t need to enroll unless you lose coverage or stop working. In that case, you would be eligible to sign up during a special enrollment period.

But what to do about supplemental Medicare Part B coverage, which serves as medical insurance, is a key decision.

A lot of the choice depends on your employer, provided that you are still working.

If you are 65 and employed at a company with fewer than 20 employees, the company has the right to exclude you from their health plan. As a result, you would have to enroll in Medicare Parts A and B, Omdahl said.

This can become an issue if you are told you can stay on the plan and that changes, Omdahl said. At that point, there is no primary payer and you could be on the hook for unpaid medical bills.

If your employer has 20 or more employees, they cannot exclude you from the plan or raise your premiums. Your firm will be the primary payer.

This is important to note, Omdahl said, as some employees receive erroneous information from their companies regarding their eligibility for coverage.

You also want to watch costs. Omdahl cites one executive who decided to enroll in Medicare Parts A and B and keep his employer group plan. Because of his salary he had a higher Income-Related Monthly Adjustment Amount, or IRMAA, which determines your individual premium for Part B and Part D prescription drug plans.

The problem with that is you could be paying for Medicare coverage you don’t need. In addition to losing money on that premium, you will no longer be able to reap the benefits of contributing to a health savings account if one is offered, Votava said. You must have a high-deductible health plan in order to have a health savings account.

Be sure to stop making contributions to your health savings account while covered under Medicare. Otherwise, you will have to pay a tax penalty on that money.