Will Cineplex Inc. Become a Casualty in the War Between Video Streamers? 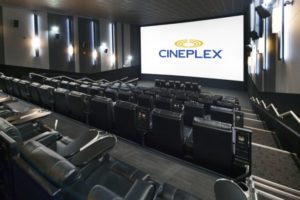 As Netflix Inc. (NASDAQ:NFLX) doubles down on original content, movie fanatics will have even less of a reason to head out to Cineplex Inc. (TSX:CGX) to watch a movie in theatres. Amazon.com, Inc. (NASDAQ:AMZN) and Apple Inc. (NASDAQ:AAPL) are also placing a huge bet on the development of original content, and with Walt Disney Co. (NYSE:DIS) starting its own streaming platform over the next few years, it’s clear that streaming competition is going to heat up, and movies may end up going straight to stream, skipping the theatrical release altogether.

In this scenario, Cineplex will be the one left out in the cold, and if it hasn’t diversified away from its box office and concession segments by then, the stock could suffer a much larger correction and could stand to shed another +50% of its value from current levels. As the industry landscape continues to shift, it’ll be original content that will remain king.

Despite falling ~43% peak to trough, Cineplex is still an expensive stock at ~32 times trailing earnings, which implies there’s still a great deal of growth to be expected from the firm that has struggled to find its legs over the past few years.

I see two scenarios playing out for Cineplex. The company could keep its dividend, which currently yields 5.1%, intact, as it soars while the stock drops further, only to eventually be reduced at some point down the road. Or management could roll up its sleeves, slash the dividend before it feels immense financial pressure to finance its efforts to become a general entertainment company.

With the rise of straight-to-stream movies and the potential for AR or VR video-viewing experiences, I think the secular decline of Cineplex’s theatre business will accelerate at a quicker rate over the next five years. Sure, Cineplex may be attempting to offset pressures by selling theatre tickets to watch eSports, live plays, or hockey events, but let’s face it: these efforts will do little to nothing to offset pressures that the theatre segment will face.

What can provide medium- to long-term relief for the box office and concession segments?

Cineplex may follow its U.S. counterparts by introducing a subscription-based movie-going membership where you can pay a monthly fee and watch all the movies you like. These efforts will provide top-line relief; however, box office margins will suffer, but that’s not a bad thing since beefing up traffic to theatres will likely entice movie-goers to loosen their purse strings at the concession stands. The concession segment is a high-margin business and with extremely high-margin items like alcohol.

Cineplex has an opportunity to slow the bleeding as it heads further into secular decline.

What about diversification away from general entertainment?

While a subscription-based movie-going model may slow Cineplex’s pains, I don’t think it is enough to command a premium growth multiple. If Cineplex is worthy of such a multiple, which it currently trades at, investors are going to need to trust that management will be active when it comes to acquiring smaller entertainment firms. Playdium and Topgolf are a step in the right direction, and I suspect there are many other opportunities to pounce on, as the shopping experience becomes more of a place to be entertained rather than just a place to shop at brick-and-mortar retailers.

Right now, Cineplex is slated to become a casualty of a content war between many behemoths. Over the next decade, things won’t end up well for Cineplex, unless it’s able to successfully adapt to a general entertainment company which can produce its own premium content.

Unless you’re an aggressive contrarian who believes the company will make an aggressive move when it comes to generic entertainment M&A, I’d look elsewhere, especially if you’re a retiree who relies on income. For now, Cineplex remains a high-risk/high-reward play that shouldn’t comprise too large of a portion of a risk-averse portfolio.