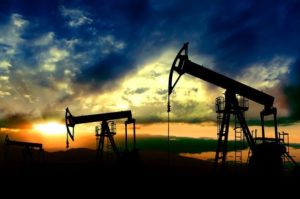 Marathon Oil (NYSE: MRO) was on a roll last year, with production outpacing expectations each quarter even as spending came in under budget. Furthermore, it achieved that outstanding performance despite battling several headwinds. As a result, the oil producer is on pace to end the year on a high note. We’ll find out whether that was the case when it announces fourth-quarter results after the market closes on Wednesday. Here are two key things to watch in that report.

1. Did it deliver high-end results?

Marathon Oil produced a gusher of oil and gas in the third quarter, which helped it overcome the impact of Hurricane Harvey. Overall, output averaged 371,000 barrels of oil equivalent per day (BOE/D), which was 6% higher than the year-ago quarter and above the top end of its guidance range. Fueling this strong performance were its U.S. resource plays, with production from the Bakken shale up 20% from the second quarter while its output from the STACK shale play rose 18% versus the previous quarter.

Marathon expected its rapid growth in the U.S. to continue in the fourth quarter, with estimates that output from shale would average 255,000 to 265,000 BOE/D during the quarter, up 12.5% from the third quarter. That would push full-year production from its U.S resource plays up 25% to 30% from the beginning of the year. The company also believed it could achieve that production rate while keeping capital spending to less than $2.1 billion.

Given that forecast, investors should look to see whether Marathon hit both marks or if it ran into drilling problems or inflationary cost pressures, which plagued some of its peers during the quarter. If it missed either number, that fumble could send shares lower.

One of the most impressive achievements from Marathon last year was that it delivered more production from fewer capital dollars. In fact, it pushed costs down to such a point where it now anticipates to generate 10% to 12% compound annual growth in companywide output through 2021 as long as oil averages around $50 a barrel. That’s an improvement from earlier in the year when it needed crude closer to $55 a barrel to achieve that growth rate.

With oil now in the $60s, Marathon Oil is on course to produce more cash flow this year, which gives it options: It could use that money to pay down more debt, return it to investors via a share buyback or dividend increase, or boost spending to grow faster.

If Marathon chooses the latter option and accelerates its growth rate, it would be going against the grain since most rivals are using the extra money they’ll make at current oil prices to boost cash returns to investors and further strengthen their balance sheets. For example, Pioneer Natural Resources (NYSE: PXD) only modestly increased its budget this year in order to stick to its strategy of expanding output at a 15% compound annual growth rate through 2026. Instead of using its excess cash to hit the accelerator, Pioneer Natural Resources announced a fourfold increase in its dividend, a modest share repurchase program, and plans to repay an upcoming debt maturity with cash. Meanwhile, ConocoPhillips (NYSE: COP) also held firm to its budget forecast, keeping it on track to boost output at a 5% annual rate through 2020. Instead, ConocoPhillips added $500 million to its share repurchase plan, while also modestly increasing its dividend and repaying more debt.

Given what peers like Pioneer and ConocoPhillips are doing with their excess cash, Marathon is under some pressure to follow their lead. If it doesn’t, shares could sell off after earnings.

Marathon Oil needs to deliver on its promise to achieve high-end production growth in 2017 for its fourth-quarter report to be a success. That said, the company also faces some pressure not to push the envelope much more in 2018 since the industry has started tapping the brakes on expanding production and is starting to get more serious about increasing returns to investors. Marathon therefore needs to prove it’s not growing merely for the sake of growth, by delicately balancing its objectives with investors’ wishes that oil companies increase their wealth and not merely oil output. Otherwise, they could jump ship for rivals like ConocoPhillips that are putting investors first.

However, that might still be a good opportunity to buy since Marathon is one of the lowest-cost producers around, which positions it to grow shareholder value over the long term even if it remains stingy on cash returns in 2018.

PrevPreviousWill Cineplex Inc. Become a Casualty in the War Between Video Streamers?
NextAlberta’s energy industry has a bright future — but it’s going to take some workNext