What is a blockchain? Here’s everything you need to know 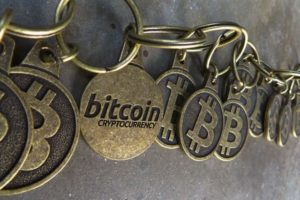 Blockchain technology is commonly associated with Bitcoin and other cryptocurrencies, but that’s really only the tip of the iceberg. Some people think blockchain could end up transforming a number of important industries, from health care to politics.

Whether you’re simply looking to invest in Bitcoin, trade some Ethereum, or are just intrigued about what the heck blockchain actually is, you’ve come to the right place.

While blockchain technology isn’t simple when you dig into the nitty-gritty, the basic idea isn’t so opaque. It’s effectively a database that’s validated by a wider community, rather than a central authority. It’s a collection of records that has a lot of people give it the thumbs up, rather than relying on a single entity, like a bank or government, which most likely hosts data on a particular server.

Each “block” represents a number of transactional records, and the “chain” component links them all together with a hash function. As records are created, they are confirmed by a distributed network of computers and paired up with the previous entry in the chain, thereby creating a chain of blocks, or a blockchain.

The entire blockchain is retained on this large network of computers, meaning that no one person has control over its history. That’s an important component, because it certifies everything that has happened in the chain prior, and it means that no one person can go back and change things. It makes the blockchain a public ledger that cannot be easily tampered with, giving it a built-in layer of protection that isn’t possible with a standard, centralized database of information.

While traditionally we have needed these central authorities to trust one another, and fulfil the needs of contracts, the blockchain makes it possible to have our peers guarantee that for us in an automated, secure fashion.

That’s the innovation of blockchain, and it’s why you may hear it used to reference things other than Bitcoin and other cryptocurrency. Though generally not used for it yet, blockchain could be used to maintain a variety of information. An organization called Follow My Vote is attempting to use it for an electronic voting system that’s more secure than modern versions, and healthcare providers might one day use it to handle patient records.

Where did blockchain come from?

Although blockchain technology has only been effectively employed in the past decade, its roots can be traced back far further. A 1976 paper on New Directions in Cryptography discussed the idea of a mutual distributed ledger, which is what the blockchain effectively acts as. That was later built upon in the 1990s with a paper entitled “How to Time-Stamp a Digital Document.” It would take another few decades and the combination of powerful modern computers, with the clever implementation with a cryptocurrency to make these ideas viable.

In order to validate the blocks in the same manner as a traditional private ledger, the blockchain employs complicated calculations. That, in turn, requires powerful computers, which are expensive to own, operate, and keep cool. That’s part of the reason that bitcoin acted as such a great starting point for the introduction of blockchain technology, because it could reward those taking part in the process with something of financial value.

Bitcoin ultimately made its first appearance in 2009, bringing together the classic idea of the mutual distributed ledger, the blockchain, with an entirely digital currency that wasn’t controlled by any one individual or organization. Developed by the still effectively anonymous “Satoshi Nakamoto,” the cryptocurrency allowed for a method of conducting transactions while protecting them from interference by the use of the blockchain.

How do cryptocurrencies use the blockchain?

Although bitcoin and the alternative currencies all utilize blockchain technology, they do so in differing manners. Since bitcoin was first invented it has undergone a few changes at the behest of its core developers and the wider community, and other alt-coins have been created to improve upon bitcoin, operating in slightly different ways.

In the case of bitcoin, a new block in its blockchain is created roughly every ten minutes. That block verifies and records, or “certifies” new transactions that have taken place. In order for that to happen, “miners” utilize powerful computing hardware to provide a proof-of-work — a calculation that effectively creates a number which verifies the block and the transactions it contains. Several of those confirmations must be received before a bitcoin transaction can be considered effectively complete, even if technically the actual bitcoin is transferred near-instantaneously. 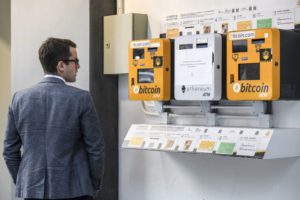 This is where bitcoin has run into problems in recent months. As the number of bitcoin transactions increases, the relatively-hard 10-minute block creation time means that it can take longer to confirm all of the transactions and backlogs can occur.

With certain alt-coins, that’s a little different. With Litecoin it’s more like two and a half minutes, while with Ethereum the block time is just 10-20 seconds, so confirmations tend to happen far faster. There are obvious benefits of such a change, though by having blocks generate at a faster rate there is a greater chance of errors occurring. If 51 percent of computers working on the blockchain record an error, it becomes near-permanent, and generating faster blocks means fewer systems working on them.

Blockchain technology has a lot of exciting potential, but there are some serious considerations that need to be addressed before we can say it’s the technology of the future.

Remember all that computing power required to verify transactions? Those computers need electricity. Bitcoin is a poster child of the problematic escalation in power demanded from a large blockchain network. Although getting exact statistics on the power requirements of bitcoin is difficult, it’s regularly compared to small countries in its current state. That’s not appealing given today’s concerns about climate change, the availability of power in developing countries, and reliability of power in developed nations.

Transaction speed is also an issue. As we noted above, blocks in a chain must be verified by the distributed network, and that can take time. A lot of time. At its worse, bitcoin’s average transaction time exceeded 41 hours. Ethereum is much more efficient, but its average time is around 15 seconds — which would be an eternity in a checkout line at your local grocery store. Blockchains used for purposes other than cryptocurrency could run into similar problems. You can imagine how frustrating it would be to wait 15 seconds every time you wanted to change a database entry.

These problems will need to be resolved as blockchain becomes more popular. However, considering we’re less than a decade on from the blockchain’s first implementation, and we’re already on the road to developing new uses for it, we remain optimistic that those involved will work out it.