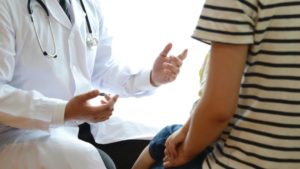 Imagine if the pedometer on your wrist did more than just count steps. Imagine it measured blood sugar, detected heart rate irregularities and logged that data in a digital health record.

For decades, health-care data like this was only recorded at the doctor’s office or in a controlled study. Wearable technology has changed that. Armed with a wealth of newly accessible data, patients can now, in many cases, manage chronic health conditions independently. Their doctors, meanwhile, can monitor them from miles away.

That’s a big deal, given that half of adults have at least one chronic disease.

Giving patients the data they need to manage these conditions on their own, outside costly clinical settings, could save the U.S. health-care system billions of dollars. And granting researchers access to that real-world data could allow for an entirely new – and much more efficient – way of measuring the effectiveness of treatments.

Consider diabetes, which afflicts almost 10 percent of the population. America spends more on the condition than any other disease – in excess of $100 billion annually.

The standard course of treatment requires patients to monitor their glucose levels and use a combination of diet, medication and insulin therapy to keep those levels in check.

But most patients don’t check their glucose effectively. It’s a pain. They may have to prick their fingers, collect some droplets of blood on a test strip, and then stick that strip in a meter for a reading.

It’s no wonder that most people with diabetes check their glucose levels once or twice a day — even though most clinicians recommend testing two to four times as often.

Fortunately, new wearables are making it easier for people to manage their glucose levels.

Patients in Europe, for instance, have been able to measure their glucose with a device developed by my company, Abbott, called the FreeStyle Libre system. Users can wirelessly scan a small, round sensor on the back of their upper arm to check their glucose, eliminating the need for routine finger sticks. A version of the system was recently approved by the U.S. Food and Drug Administration.

People who use this system are checking their glucose more often than if they had to prick their fingers. Two major clinical studies found that patients who used the device checked their glucose levels an average of 15 times a day.

Armed with this data, the patients were able to make more informed decisions about managing their diabetes. They cut the amount of time they spent with hypoglycemia, or low blood sugar, by 38 percent.

Those findings have been verified in the real world by people actually using the device.

Last year, researchers analyzed a data set consisting of 86 million hours of device usage and 64 million data points collected from more than 50,000 patients over just 18 months. They found that these patients were checking their glucose with a quick scan an average of 16 times per day. They reduced the amount of time they spent with hypoglycemia by as much as 49 percent.

This kind of real-world evidence could transform medical research.

Scientists generally rely on tightly controlled clinical trials to investigate the effectiveness of a specific treatment for a specific disease on a specific population. Those trials are expensive and typically cover a limited number of people.

Wearables, by contrast, can produce a ton of real-world data drawn from across a broad population in a matter of months – at little cost.

There’s also potential for wearables to help doctors better coordinate care. One in four Americans has at least two chronic diseases. It can be difficult to see how those diseases interact.

Take our two costliest chronic conditions, diabetes and heart disease. Those with the former are at greater risk of developing the latter. Data from technology like continuous glucose monitors, when evaluated over time with another technology, like a heart rate tracking device, could reveal how changes in glucose levels impact heart rate or other cardiovascular indicators. That information could lead to more individually tailored therapies.

The benefits of all this data don’t accrue solely to the patients generating it. Researchers could look at anonymized versions of blood-sugar readouts, heart-rate logs, and other data points logged by wearables to gain insight into how patients actually employ treatments or devices – and then use those insights to develop better ones.

More than 100 million Americans are battling chronic disease. They may soon be literally wearing their best hope for beating it – and revolutionizing medical research in the process.