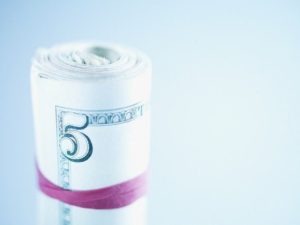 Socially responsible investing (SRI) is based on the idea that investors can earn an attractive return while investing in companies that are doing good for the world. The strategy has taken off in recent years, as many SRI funds have enjoyed market-beating returns from hefty stakes in high-flying tech stocks and comparatively small stakes in major oil producers, which have lagged the market.

Those who want to take control of their own portfolio by purchasing SRI stocks on an individual basis might want to look at Alphabet (NASDAQ: GOOG)(NASDAQ: GOOGL), JPMorgan Chase (NYSE: JPM), and Costco Wholesale (NASDAQ: COST). Here’s why.

Alphabet, parent company of Google, is often heralded as one of the most socially responsible technology companies. It launched with the idea that lives could be improved if people had better access to information, and today almost every internet user uses one of its products to complete an internet search (Google), watch videos (YouTube), or communicate with friends or family (Gmail and Android).

When it went public as Google, the company set aside 1% of its stock for the Google Foundation, to which it also pledged to contribute 1% of its profits each year — no small sum, given that Alphabet earned more than $25 billion in 2017, excluding one-time items from a corporate tax cut, primarily from Google’s search and display advertising business.

Google also leads on efforts including renewable-energy development. It recently announced that it purchased enough renewable-energy capacity to cover all of its energy needs for an entire year, hitting its target of matching 100% of its energy use with investments in renewable energy. Alphabet has also made financial bets on green energy and other initiatives that are good for the planet. Nest Labs, best known for its smart thermostats that help homeowners use less electricity, is one of its largest “other bets,” a company it acquired for $3.2 billion in 2014.

Alphabet can afford these investments because it sits atop a business that throws off an incredible amount of cash, generating more than $24 billion of free cash flow in 2017, largely from its own internet properties (search and YouTube), and from display advertising products (AdWords and AdSense) that place ads across the internet.

Alphabet isn’t just a good SRI company; it’s also a good stock to own for the long haul. Even if its moonshot bets don’t pan out, the search business alone offers an opportunity to profit from growing wealth all around the world, as Google is, in many ways, the toll road to the internet that users pay for with the occasional click of an ad.

I believe the company has a long runway of double-digit growth ahead of it, driven by increased internet use, improved monetization on a per-user basis, and rising advertising prices over time. Priced at about 30 times free cash flow, it’s no clear bargain, but rapid growth in advertising profits justify a higher-than-average multiple for the business.

Though banks aren’t often what people first think of when it comes to SRI stocks, JPMorgan Chase has won many awards for social responsibility. The bank received accolades for large community investments, particularly in economically challenged areas like Detroit, where it made a $100 million philanthropic investment, in addition to investments in its own business.

JPMorgan sees Detroit as a model for how cities can work with large corporate entities to create the base for economic growth. The bank invested in business incubators such as TechTown and Eastern Market, to spur new business development in the city. It also invested in an Entrepreneurs of Color program, which makes loans to minority-owned businesses.

Though internet retailers are taking up a greater share of every dollar spent in the United States, the reality is that small businesses are still very important on a local level. JPMorgan found that, in Detroit, roughly “43% of consumer purchases came from residents shopping in the same neighborhood where they live.”

Taking care of communities isn’t just good for the community; it’s good for the banking system, too. It leads to stabilized real estate values, against which banks can lend. Rising real estate values also encourage people to buy homes to become a permanent part of the community, leading to neighborhoods filled with people who are personally invested in the success of those in close proximity.

JPMorgan is a well-run institution, the largest bank in the United States by assets, and often one of the most profitable. Despite being large, it’s growing quickly, as average deposits in its consumer and community banking segment grew 7% year over year in the fourth quarter. Its CEO, Jamie Dimon, often refers to the bank’s “fortress balance sheet,” which describes its well-capitalized portfolio of loans and leases, and its attractive funding sources, including community and business banking deposits.

At about 2.2 times tangible book value, JPMorgan is an attractive bank stock, given that rising interest rates could reasonably drive its returns on tangible common equity (ROTCE) above 15% in 2018, higher than the 13% ROTCE it earned in the fourth quarter of 2017 after adjustments for one-time tax items.

3. An SRI stock in a desert of social responsibility

Though large retailers including Walmart and Target may be raising employee pay to combat turnover in a tight labor market, Costco has long been a leader in paying its retail employees high wages.

Costco sees highly compensated employees as central to its strategy, writing in its reports to shareholders that paying higher wages results in employees who are more experienced, helping it sell more per store and per square foot than the vast majority of its peers. It reported that its employee turnover is as low as 6% per year among employees who have been with the company for more than one year, an impressive feat in an industry known for high turnover among the lowest-ranking employees.

Costco warns its shareholders in its annual reports that it doesn’t view cutting employee pay or benefits as a way to drive profits, evidence of its commitment to socially responsible values:

With respect to expenses relating to the compensation of our employees, our philosophy is not to seek to minimize their wages and benefits. Rather, we believe that achieving our longer-term objectives of reducing employee turnover and enhancing employee satisfaction requires maintaining compensation levels that are better than the industry average for much of our workforce. This may cause us, for example, to absorb costs that other employers might seek to pass through to their workforces.

Ruthless efficiency is the name of the game in retail, particularly in warehouse clubs like Costco, where the most important driver of success is being able to turn inventory quickly. The average product sits on Costco shelves for just over 30 days, which passes off most of the burden of financing inventory to suppliers.

Of course, Costco’s success is almost universally recognized, and shares are rarely offered at a cheap price, as it often trades near 30 times earnings, a high multiple for any retailer. But when shares become available at the average multiple on the S&P 500 Index (recently, 26 times earnings), they’re an attractive buy, given that, in my view, Costco’s business prospects are far better than average.