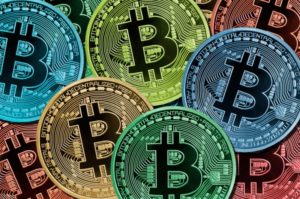 Bitcoin had a big year in 2017 and some experts anticipate that momentum will continue to grow as cryptocurrency companies land on the stock market and enthusiasts work to find ways to make bitcoin and other cryptocurrencies the payment method of choice for millions.

And the dizzying growth in bitcoin’s value is going to continue this year, according to one cryptocurrency entrepreneur.

Marc van der Chjis, founder of Vancouver cryptocurrency companies First Coin Capital, Hut8 and First Block Capital, says he expects bitcoin to reach $40,000 USD by the end of the year and $151,000 in 2021.

“I think a jump of three to four times in 2018 is something that’s very well possible.”

Van der Chjis says mainstream investors possibly jumping in on the bitcoin craze and the launch of the payment system Lightning Network are the main reasons why bitcoin’s surge is going to continue in 2018.

“It allows people to use bitcoin as a currency without high transaction fees,” he says of the Lightning Network. “The moment it launches for the general public, I think bitcoin will become a real currency.”

While he’s enthusiastic about the new payment system, he says it’s still going to take people time to adapt. However, he adds that it could save merchants on transaction fees, which could be savings passed down to customers, and customers may like that they could pay other people through Lightning as well.

Kyle Samani, a managing partner at Multicoin Capital, believes that bitcoin and ethereum, another cryptocurrency, might soon find their way into existing platforms like Apple Pay and Android Pay.

“I think the tech companies are more likely to use rather than the fight the cryptocurrencies,” he says. “I expect Apple to add bitcoin and ethereum integration to the OS, using Coinbase or Robinhood as the exchange, and enable that seamlessly as part of the Apple Wallet. This is less than two years away.”

However, right now, despite bitcoin’s name, van der Chjis says it is more of a way to store value and isn’t practical for small purchases.

Bitcoin on the stock market

One of the main uses today for bitcoin and other cryptocurrencies is to raise capital for a company, he says.

“Instead of going out to the stock market and issuing shares and raising money through shares, they are doing an ICO, an initial coin offering, to raise money for the company,” he says adding that it is much faster than doing it the traditional way. “The advantage at this point is that it’s easier to raise money. It’s easier to reach people. You don’t go through the securities commission at this stage.”

“A lot of the companies in the blockchain space are using it right now,” he says. “They wouldn’t normally be able to list if they were to go to the securities commission because it would take too much time. They wouldn’t understand your business model.”

A reverse takeover is something van der Chjis says he’s doing with his own company Hut8, which will list next month on the Toronto Stock Exchange. He believes it will be the biggest bitcoin mining company in the world.

“I think a lot of blockchain companies are already listing here but will also list in the coming year. I think there will be about 50 companies listing this year in the blockchain space just in Canada and that really sets Canada apart from any other country in the world.”