Do Homeowners Have the Right Insurance to Withstand a Wider Variety of Perils? 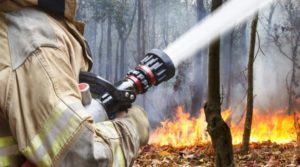 Regions across the country are typically associated with one or two key risks, based either upon their weather or on local geologic features. Coastal residents know they’re at risk of flooding, and Californians understand they’re likely to face earthquakes. When buying insurance, it’s reasonable to presume you need coverage only for the perils associated with your local area. However, that’s not always the case.

The past year has brought a number of extreme weather patterns, and homeowners across the country should begin to prepare for the possibility of a wider variety of risks that affect their region. Below are some examples of the unexpected perils homeowners have faced in recent years, and the role insurance plays as their risk-profile changes.

Flooding due to fires

Fires in California caused significant damage, to the point that the local government is considering new measures to better protect homeowners in the event of events that cause a total loss. Unfortunately, some residents that faced losses are now finding that, no matter the breadth of coverage their homeowners insurance offered due to fire, damages from subsequent flooding are consistently excluded.

While you may not think of flooding as a key risk in dry, fire-prone regions, inland cities in California are suffering flood damages to their homes. This is because large fires strip the soil of trees and other vegetation, causing it to not absorb water well. As a result, any rainfall after a fire has the potential to create flooding and mudslides.

Since flooding is specifically excluded as a covered peril from almost every homeowners insurance policy, inland residents run the risk of having to pay large-scale losses out of pocket if they don’t buy a separate flood insurance policy. And, given that these policies often require a month before they go into effect (although there are exemptions that can accelerate your coverage), homeowners who failed to reassess their risk early enough may already be too late to obtain coverage.

The East Coast has experienced wide swings in weather this winter, with some areas seeing days of heavy snowfall and sunny warmth in short succession. The combination of both heat and freezing weather actually creates such perils as ice dams. Ice dams form on homes when the snow on upper sections of a roof melts more quickly than does snow below those, which can cause water to build up. This situation can cause not only mean roof leaks, but damage to gutters and holes in the roof should the water freeze and expand.

Thankfully, damages from ice dams are typically covered by a standard homeowners insurance policy, so long as the reasons for the ice dam occurring weren’t known and ignored. Also, homes built in regions that are prone to snow likely include certain features, such as special insulation, that reduce the likelihood of ice dams. However, as ice and snow have spread to a greater number of localities (Savannah, Georgia this year received more snow than it had in three decades), more homeowners may need to consider upgrades to prevent such issues damaging their house, and potentially facing increased insurance rates following claims.

While swings between warmth and cold are causing damage to homes, cold weather in traditionally warmer climates is also causing danger on the roads. Houston’s police department, for example, had nearly one thousand weather-related accidents reported after Texas was the site of a particularly intense winter storm.

Many accidents are fairly straightforward when it comes to determining fault and which insurer pays for damages. A driver who was speeding, driving under the influence, or running the light is considered the responsible party, and their liability coverage pays for injuries to the other party, or damages to the other party’s vehicle. The at-fault driver would pay for their own damages out of pocket unless they had comprehensive and collision coverage.

However, there’s no auto insurance coverage that’s specific to weather related accidents, so fault in the event of an accident can become a hotly contested issue. Often, if the driver lost control of the car due to ice or snow on the road, and his vehicle collided with another, he’d be considered responsible for the accident, regardless of the weather. Though fault can be contested, success is not guaranteed. The safest options during icy weather are to stay at home or ensure that, if you really need to drive, your car is prepared and you operate it cautiously.