The indexes are each up by more than 5% in just the 14 trading days that have passed so far in 2018.

Earnings season will determine whether that surge continues, and there are plenty of big-name reports set for the next few days. Netflix (NASDAQ: NFLX) is looking to set a positive tone with its quarterly report on Monday. Then, Procter & Gamble (NYSE: PG) and Starbucks (NASDAQ: SBUX) stocks could make big moves following their announcements later in the week.

Let’s look at what investors will be watching in these reports.

Investors are expecting lots of good news from CEO Reed Hastings and his team when Netflix releases its results on Monday afternoon. The holiday quarter is usually a strong period for the streaming video giant as TV-watching time spikes and millions of new internet-connected devices come online. That tailwind joins a few other positive trends, including rising demand in international markets and an improving content catalog, to paint a bright picture for sales and profit gains.

Netflix’s official forecast predicts the addition of 6.3 million subscribers during the quarter to bring the global user base up to 109 million. If the company reaches that target, or even comes up a bit short, it will have concluded its fourth consecutive year of accelerating membership gains.

That result is even more impressive when you consider that Netflix raised its monthly prices several times during this period. Still, it’s possible that the stock will take a hit this week on anything short of blowout results. Shares are up sharply in the past year, after all, and Netflix is the single best-performing stock of the past decade.

Consumer-goods titan Procter & Gamble announces its results on Tuesday, in what’s likely to be a closely watched report. For one, the latest operating trends will show whether the prior quarter’s slight market share rebound developed into an improved organic sales growth pace. We’ll also find out if the aggressive price cuts that P&G made in its core Gillette shaving franchise finally ended a multi-year sales volume slide in the key U.S. market.

Shareholders should hear discussion from CEO David Taylor and his management team on a new strategic path for the business, too. In announcing last month that activist investor Nelson Peltz had been elected to the board of directors, executives said they heard the message from shareholders that “P&G needs to move faster to deliver improved results.” It’s not clear yet what that strategic shift will look like, but until the company returns to market share growth the pressure will be on to make aggressive changes to key areas including innovation, marketing, and pricing.

Starbucks kicks off its new fiscal year on Thursday, and investors are hoping this one looks more robust than 2017 did. After all, the coffee giant’s sales and profits trailed management’s forecast by a wide margin last year as customer traffic growth slowed to zero to mark its second straight year-over-year deceleration. 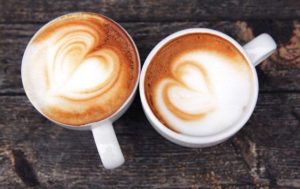 Starbucks is leaning on two big initiatives that executives hope will drive improvements in 2018. It is expanding aggressively in China, which has plenty of room for thousands of additional cafes. And in the domestic market, Starbucks believes a new lunch menu will drive higher shopping frequency and increased spending.

A limited rollout of these offerings helped the company log its best traffic figure in the U.S. in almost two years last quarter, and investors will find out on Thursday whether that momentum carried on to help Starbucks get food up toward 25% of sales by 2021, from 20% last year.

PrevPreviousThousands of Sask. Patients Could Benefit From New Technology Replacing Colonoscopies
NextFind leftover foreign currency? Here’s 7 things you can do with the moneyNext