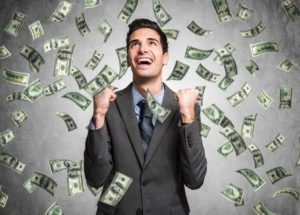 Investors just wrapped up a strong year during which the S&P 500 gained approximately 19%. A few individual stocks performed much better than that, logging gains of 80% or more.

Zoom out to a wider time frame, and those returns get far more attractive. Just since early 2013, the S&P 500 has risen by 89%, but many stocks have soared by multiples of that figure. Below, we’ll take a closer look at three companies, Best Buy (NYSE: BBY), Domino’s Pizza (NYSE: DPZ), and Vail Resorts (NYSE: MTN), which rose by 300% or more in just the past five years.

Best Buy shares took a beating in 2012 and 2013 after it began booking net losses as sales growth turned negative. Investors became concerned about so-called “showrooming,” a trend that threatened to set the consumer-electronics retailer up as a demonstration ground where customers would try out products — before ultimately purchasing them at a cheaper price from online competitors.

Things didn’t pan out that way, though. Under the leadership of turnaround specialist Hubert Joly, sales stabilized thanks to successful initiatives, such as an aggressive push into mobile phones and home appliances. This helped boost Best Buy’s top line, and the company also made solid progress at making its business more efficient. Profitability has now risen by more than a full percentage point, to 4.7% of sales.

Joly and his team are on track to post their best year of sales growth in almost a decade, which should help the retailer take a big step toward its 2021 annual profit target of as much as $5 per share — up from $3.81 per share in fiscal 2017.

Domino’s Pizza earned its eye-popping returns the hard way — by consistently stealing market share from rivals. The leading pizza-delivery chain announced scorching sales growth in the past few years, including a 10% comps spike in 2016 and a 12% increase in 2015. Competitors, including Papa Johns and Yum Brands’ Pizza Hut, didn’t come close to that result, so Domino’s has been able to consolidate its hold on the industry. It was responsible for 27% of all pizza-delivery spending in the U.S. last year, up from 19% in 2007.

The company’s next phase of growth will likely depend heavily on international markets, especially now that Rich Allison, who has headed up that program since 2011, is taking over the Chief Executive position in mid-2018. Domino’s has far less brand recognition in many of these geographies. However, its light operating model and proven e-commerce abilities should serve the pizza chain well as it seeks to extend its phenomenal global growth streak.

Vail Resorts stock has been on fire since 2014, as a string of big acquisitions turned this regional resort operator into a global-industry force. Beginning with Park City Mountain Resort in September of 2014, followed by Perisher in June of 2015, and most recently with Whistler Blackcomb in October of 2016, Vail’s base of ski mountains has been extended into a more diverse geographic footprint that includes Canada and Australia. The new space is doing wonders for the business, with ski visits crossing 12 million in fiscal 2017 — up from 7 million just five years earlier.

Vail is now turning its focus toward getting the most value it can from these properties. Management is upgrading ski lifts across its Colorado resorts in 2018 and adding a high-tech gondola at Whistler Blackcomb. These expensive improvements represent the company’s best opportunities to win business away from competitive resorts over time, regardless of how weather conditions might impact results in any given year.

As the financial literature warns, past returns are no guarantee of future results. Yet these companies have demonstrated a powerful mix of competitive advantages, including bold, but effective, operating strategies that rivals can’t match. Investors are likely to continue responding to that success by valuing stocks like Vail, Domino’s, and Best Buy at a premium to peers.

PrevPrevious‘Pen pals for life:’ Fort McMurray Girl’s Message in a Bottle Discovered in England
NextWill Anyone Rent This Apartment for $100,000 a Month?Next