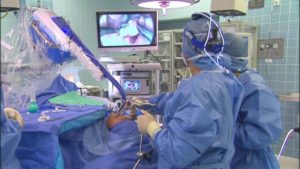 Anthony Rinando, who was diagnosed with obstructive sleep apnea in his teenage years, had to wait almost two decades to get a good night’s sleep.

“I tried everything. Snoring strips, sleeping with a tennis ball behind your back… I tried using different pillows,” Rinando, a 31-year-old New Yorker, told Fox News.

Sleep apnea is not just a snorer’s disorder, but a serious and sometimes fatal condition. It’s estimated that 22 million Americans suffer from sleep apnea, a disorder that causes your breathing to stop or get very shallow while you sleep.

It occurs when the muscles in the back of the throat relax and the airway narrows or closes as one breathes in.

“This may lower the level of oxygen in your blood,” Mayo Clinic explains in its website. “Your brain senses this inability to breathe and briefly rouses you from sleep so that you can reopen your airway. This awakening is usually so brief that you don’t remember it.”

Studies show having sleep apnea for four or five years can raise a person’s risk of death by 30 percent.

“I would sleep and I would almost choke for air,” Rinando said.

Like many Americans, Rinando knew he had to do something and didn’t feel comfortable wearing a continuous positive airway pressure (CPAP) mask, a common treatment that uses a hose and mask or nosepiece to deliver steady air pressure while you sleep.

Rinando’s next plan of action was to go in for nasal surgery to remove his tonsils, but the operation was unsuccessful.

“The doctor told me, ‘I couldn’t remove your tonsils because they were just too large. If I was going to remove them, there was a chance that you could bleed out and I couldn’t get to it’,” he said.

After his failed surgery, Rinando was referred to Dr. Yosef Krespi, a surgeon at Lenox Hill Hospital in New York who performs surgery using a Flex Robotic System to treat cases of sleep apnea.

“The robotic equipment can go in multiple directions and is much more effective than the surgeon’s hand,” Krespi told Fox News. “The robot itself is no bigger than my thumb and that gets into the oral cavity in an appropriate position and it’s flexible, similar to a snake.”

Flex robotic surgery is covered by most insurances and is also FDA-cleared for head and neck and colorectal cases.

Krespi said the procedure does carry minor bleeding and anesthesia risks, but believes the surgery is minimally invasive under robot guidance.

“There is less blood loss, smaller incisions or no incisions, and so the recovery is much easier. The need for pain medication post-operatively is less,” he explained.

According to Krespi, most patients can also be sent home the same day of the operation.

Rinando said his recovery was painful for a few weeks but that now he can sleep peacefully.

“I can breathe much better. I didn’t know that I was supposed to be able to breathe like I am now,” Rinando said. “I don’t snore. I don’t wake up. Months down the road now, I feel like [I’m] a totally different person.”