Transport Quebec gears up for winter with trucks and technology 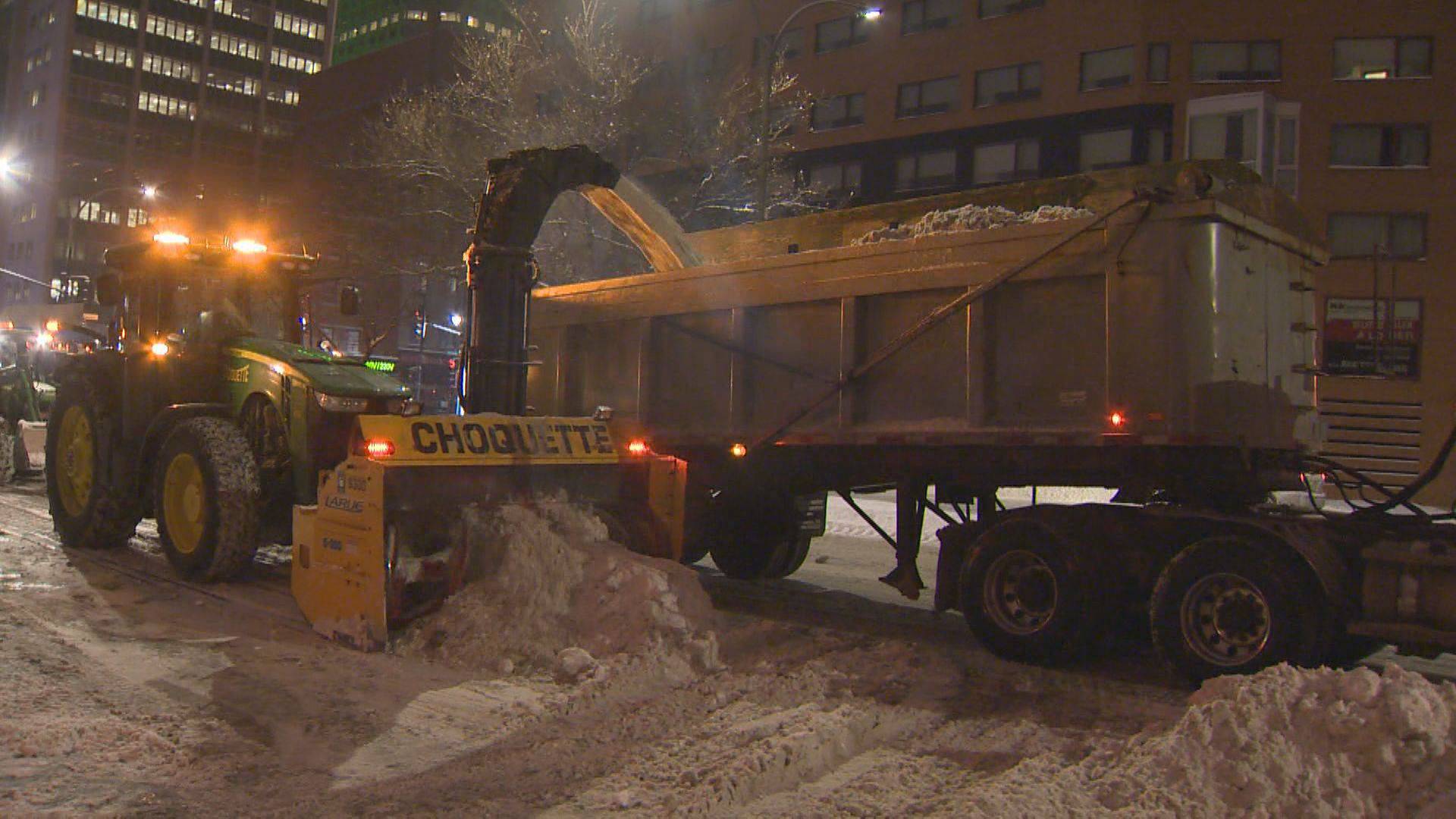 Being stuck in a car on a highway overnight in a blizzard is an experience people won’t soon forget.

It happened in March 2017 when hundreds of motorists were stranded on Highway 13 after snow blanketed the Montreal area. Transport Quebec officials say the circumstances were exceptional and that changes have been made since then.

For this winter, they say all preparations are already in place.

“There’s more staff, more in-house maintenance for the roads,” Transports Quebec spokesperson Gilles Payer told Global News. “So we are roughly taking care of half of the roads of Montreal.”

More than 120,000 tonnes of salt have been prepared, plus more than 25,000 tonnes of abrasives. There are more than 200 trucks for the Montreal region alone, all of them equipped for the first time with sensors and cameras.

“So we can know [remotely] if the salt is going on the road effectively, how much, and if it’s working, so we’re collecting data,” says Payer.

The department has asked their contractors to equip their trucks as well with the same technology.

The City of Montreal is also gearing up to take on winter. Last season, the city got 238 cm of snow, 93 cm more than average. Officials say they are better prepared this year.

“We will work with different technology to have an amelioration in the operation,” said Jean-François Parenteau, executive committee member in charge of citizen services.

They will have ice breaker trucks, increase the amount of salt available and there will be some changes to the Info-neige mobile app.

Some Montrealers, like Julie Lamontagne, say there’s always room for improvement, especially when it comes to snow removal.

“Where I live, it took over a week most of the time,” she says, and they should improve on the sidewalk.”

Others seem to just take the snow in stride, like bike courier Laurent Gagné.

“We’re living in a country where there’s snow so we gotta live with it,” he laughs. “There’s nothing we can do.”

But it’s not just the city and Transports Quebec that need to get ready though. Drivers also need to be prepared.

“Like getting their snow tires,” says Payer. “First thing.”

The deadline for that is Dec. 15 but he advises motorists to not wait until then.