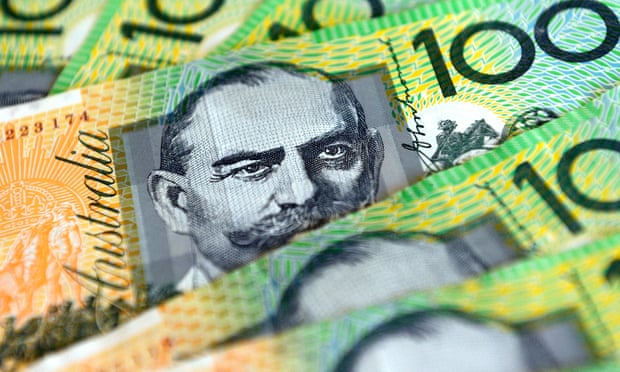 The Greens and anti-corruption campaigners have urged Labor and the Liberals to reveal the corporate participants of their respective business forums, saying an analysis suggests almost 100 businesses could be paying tens of thousands of dollars to mix with politicians.

Business forum and observer programs have long been a significant source of funds for both major parties.

Membership subscriptions are sold to leading businesses, and can guarantee access to special policy briefings and boardroom meetings. Critics say the forums effectively constitute cash for access, though industry says they are a legitimate way for political parties to communicate their policy objectives, and industry to present their experience and agendas.

But participation is largely hidden. The payment of membership fees is not readily apparent in donation disclosures, and the major parties have so far resisted calls to disclose their membership lists.

New analysis from the campaign for the Greens’ candidate in Griffith, Max Chandler-Mather, has confirmed the membership of several corporate heavyweights, including Bupa, the private health insurer and aged care provider. Bupa confirmed to Chandler-Mather on Twitter that it had paid $27,500 to one or both of the major parties each year since 2012-13 for membership of “business-related forums incl the business arms of the ALP and LP”. The company later said in a statement that it was a member of “several business-related forums”.

“Bupa is a member of several business-related forums including the business arms of the ALP and Liberal party, and associations like Trans-Tasman Business Circle and CEDA – all of which connect businesses with policy makers to discuss important health and care issues,” a spokesman told Guardian Australia. “Our membership fees to political forums are disclosed to the Australian Electoral Commission and are publicly available for anyone to view.”

A Greens analysis of donation registers suggests a further 98 companies paid the same amount to the major parties during the same timeframe.

PwC, the multinational professional services company, is among those listed in the Greens analysis, and confirmed its membership of business forums to Guardian Australia.

“PwC is a member of both the Liberal party’s Australian business network (ABN) and the Australian Labor party’s federal Labour business forum (FLBF),” a spokesperson said.

“PwC makes donations to both major political parties like many companies, unions and individuals across Australia do. We believe it is important to contribute to a thriving democracy in Australia and our membership of networks across both major parties is one of the ways we do this.”

Other companies listed include Macquarie Group, Optus, Westpac and Pfizer. Those companies confirmed involvement in – or sponsorship of – business forums, lunches or workshop events. Chandler-Mather called for Labor and the Liberals to disclose the rest of their forum members.

“We should be seeing higher taxes on big corporations to fund massive investment in essential services like public health and housing – but because of corporate influence over politics, instead we see tax handouts for corporations and more of the same,” Chandler-Mather said. “It’s clear Labor and the Liberals have sold out to big business and that’s why we need more Green independent voices in parliament.”

Other groups, including the oil and gas firm Woodside and the Minerals Council of Australia, have previously acknowledged their participation in business forums. David Byers, then the interim chief of the Minerals Council, explained to a Senate inquiry this year that base-level membership typically got it two policy briefing sessions and two boardroom-type meetings at a forum event.

“A typical [forum] could be with 100 people if it’s a big event, or it could be in the nature of a smaller boardroom event where there are probably 14 to 16 people,” he said. “They come from a variety of industries.

“It may well entail briefings with a couple of ministers or a couple of parliamentarians rather than just one person … From our perspective there is an efficiency level in being able to participate in these sorts of events and become members of these groups, because there is that opportunity to be able to meet with people outside the normal parliamentary schedules.”

Woodside said it paid about “$110,000 per annum for each of the two business forums”.

“Democracy is premised on the idea of fair and equal participation of every citizen,” Lillywhite said.

“Business donations help buy political access and influence in policy and legislative processes, that may benefit business objectives, rather than national interest or the views and concerns of citizens more broadly.

“In a healthy democracy we should have a fair and open contest of ideas – not secret wheeling and dealing behind closed doors, the exchange of favours or buying of influence.”

The Greens senator and democracy spokeswoman, Larissa Waters, said the forums represented “cash for access” and urged the major parties to come clean on membership. “Big money has polluted our politics,” she said.

“Disclosure requirements on companies are weak but what is clear is that up to 98 corporations have repeatedly paid $27,500 to both sides of politics,” she said.

“Labor and Liberal need to come clean about which of these 98 companies are paying for business forums or other special access.”

“If a party is seriously interested in finding out what business wants, and what is best for business, it can do so without charging for access,” Rennie said. “These things become cash cows in that sense.”

He said the forums constituted a “pay-to-play” mechanism, where those who could afford the fees were given a greater voice.

“This is not how representative democracy is supposed to work – everyone should have equal opportunity in the marketplace of ideas.”