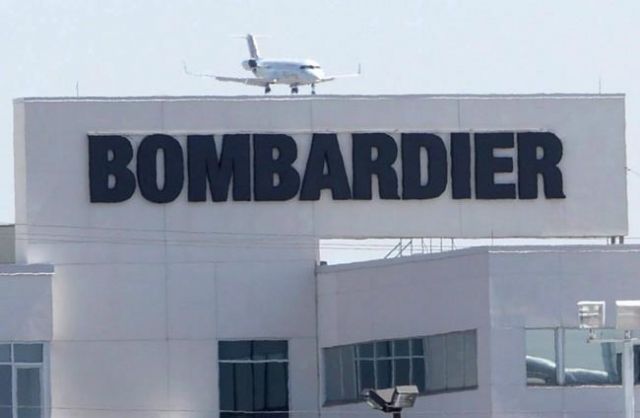 Bombardier Inc. announced Tuesday it is on track to meet its target for business aircraft deliveries for the year, as a lengthening order backlog points to growing demand for long-range planes.

In the third quarter, the Montreal-based company delivered 31 business jets, bringing the total to 96 so far in 2018, in line with analyst expectations.

The delivery target for 2018 is 135 business jets — the same goal as last year, which the company wound up exceeding by five planes.

Bombardier’s order backlog edged up to $14.3 billion, a 1.4 per cent increase from the second quarter of 2018 and a 3.6 per cent rise over the past nine months.

Analyst Walter Spracklin of RBC Dominion Securities Inc. said confirmation of the jet deliveries was a “positive,” though one that was expected and “incrementally positive” for shares.

It comes shortly after the plane-and-train maker confirmed its delivery schedule for the Global 7500, Bombardier’s longest-range aircraft, which is set to enter service later this year.

Transport Canada certified the jetliner last month, marking a key milestone in the transportation giant’s turnaround plan after it sold a majority share of its C Series commercial jet program to Airbus in July.

The company is aiming for US$8.5 billion in annual revenues by 2020 driven largely by Global series sales, a major bump from last year’s US$5 billion, Spracklin said.

The new Global 7500, which can fly from Toronto to Hong Kong, is sold out through 2021, noted AltaCorp Capital analyst Chris Murray, though Bombardier has not revealed the number of orders.

The delivery update Tuesday came one day after the company said flight testing for its Global 5500 and Global 6500 business jet program was 70 per cent complete, keeping it on track for delivery in 2019.

The Global 7500, along with the new Global 5500 and 6500, come partly as a response to products from rival business jet manufacturer Gulfstream Aerospace as demand for the jetliners gains elevation, Cormark Securities analyst David Tyerman said last month.