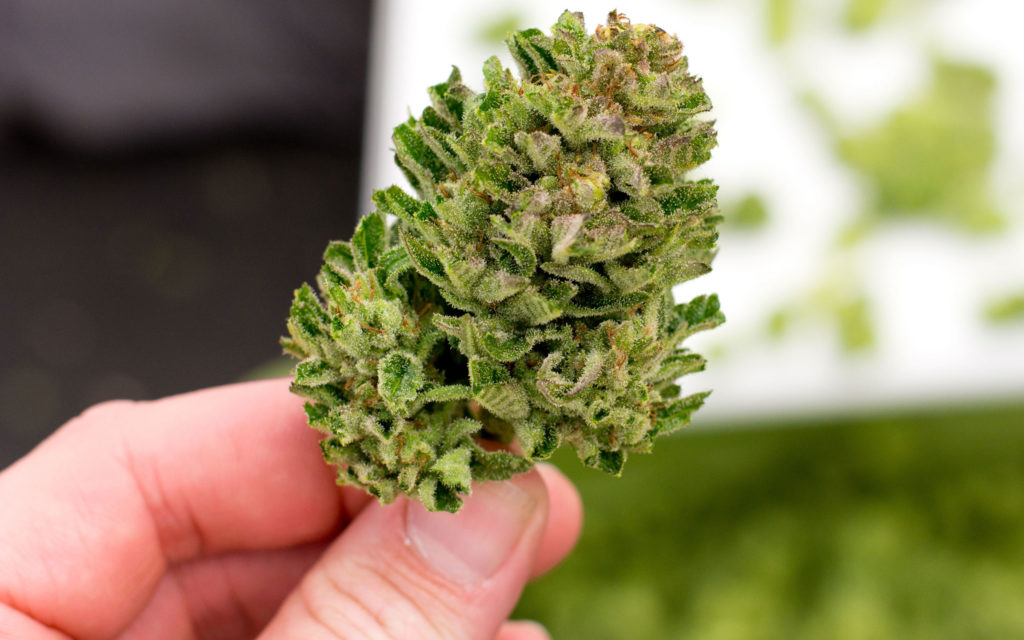 Chipmakers sat at the bottom of the morning’s action. Intel (INTC) was down 1% on the Dow and Micron Technologies (MU) dropped 3.9%, among the weakest moves on both the S&P 500 and Nasdaq 100.

Cannabis IPO Tilray bolted 12.7% higher at the open. The British Columbia-based distributor announced Tuesday it had exported its first CBD oil product into the U.K. for medical purposes. Shares are up 65% in September and nearly 500% above their July IPO price.

China-based electric car maker and purported Tesla (TSLA) rival Nio (NIO) was set to launch its IPO. Shares priced at 6.26, the low end of the expected range of 6.25 to 8.25. The pricing values the company at $6.4 billion. Nio aims to raise $1 billion with the offering.

Amazon shares are extended after clearing a three-weeks tight pattern in July.

Apple dropped 0.7%. Chief Executive Tim Cook is expected to unveil three Apple iPhone models at an event scheduled to begin at 1 p.m. ET. Apple stock tends to fall on the company’s iPhone event day and week. Shares rose 2.5% on Tuesday, but that snapped a four-day losing streak. Apple stock is up 18% since its July 31 earnings report.

IBD 50 stock PGT Innovations (PGTI) tumbled 6% in opening action. The company announced late Tuesday a follow on offering of 7 million shares of common stock. PGT shares are up 55% so far this year, at new highs and extended after clearing a flat base in July.

Oil Tops $70; Producer Prices Post First Slip In 18 Months
Prices paid to producers dipped 0.1% in August, just below expectations for a flat month, and reportedly the first decrease in 18 months. The Labor Department said core prices, minus energy and food, also slipped 0.1%, vs. consensus expectations for a 0.1% gain.

Federal Reserve Gov. Lael Brainard speaks at 12.45 p.m. ET in Detroit. The Fed’s August Beige Book report is due out at 2 p.m. ET.

Stocks in Europe recovered their early gains, as miners and energy companies lead the advance. London’s FTSE 100 reversed and rose 0.2%. Frankfurt’s DAX climbed 0.3%. And the CAC-40 in Paris held its 0.6% advance in afternoon trade.