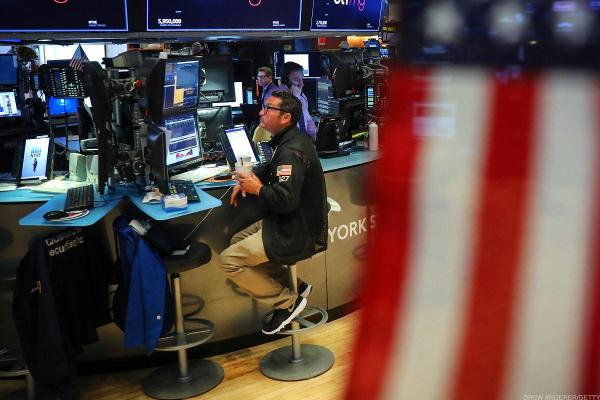 Global stocks kicked off the week in a cautious mood Monday, with markets in Europe and Asia mixed and the U.S. dollar posting solid gains, as investors re-set their focus on developments in the ongoing trade war between Washington and Beijing after President Donald Trump rounded on two bluechip American companies, as well as the Chinese government, over America’s swelling trade deficit with the world’s second largest economy.

Trump’s Friday salvo towards China, during which he threatened to take the level of U.S. tariffs applied to China made goods past $500 billion, was followed by a series of Tweets on Saturday that targeted both Ford Motor Co. (F) and Apple Inc. (AAPL) , two companies with substantial overseas operations that had previously escaped the President’s ire. Trump lambasted Ford for building its Focus Active in China and warned that Apple’s end-consumer prices could rise as a result of his planned tariffs.

The messages were soon followed by data from China’s customs office which showed the country’s U.S-focused trade surplus rise to a record $31.05 billion in August, despite the first round of tariffs targeting $50 billion in goods by the White House, and hit an all-time high of $192.64 billion for the first eight months of the year, a figure that’s up 15% from the same period in 2017.

The threat of a possible retaliation from Beijing, should Trump go through with his promise to take the overall tariff regime to $517 billion, held down gains for stocks in the Asia region, particularly as the off-shore yuan weakened to 6.8726 against the dollar in what could be an early signal from policymakers that they are willing to weaken the currency in retaliation to any trade war escalation.

The MSCI Asia ex-Japan index was marked 0.9% lower heading into the final hours of trading, as the U.S. dollar index gained 0.16% against a basket of its global peers to trade at 95.517 in early European trading. The dollar’s gains, driven by safe haven flows, pushed the yen modestly lower, to 110.93, allowing Japan’s Nikkei 225 to post its first gain in five sessions.

U.S. equity futures, however, were built solid gains throughout the early trading session, with contracts tied to the Dow Jones Industrial Average marked 116 points higher from their Friday close while those linked to the S&P 500 indicate a 12.3 point jump for the broader benchmark.

European stocks were similarly cautious at the opening bell, with the Stoxx Europe 600 edging lower before rebounding to a 0.3% gains as markets in Germany and France rose modestly higher as the euro weakened to 1.1551 against the stronger U.S. dollar, even as tech stocks slipped following Trump’s Saturday comments on Apple.

Several stocks in Apple’s European supply chain were weaker at the start of trading with Austria-based AMS AG, (AMSSY) which earns an estimated 35% of its revenue from chip sales to Apple, falling 0.25%, Frankfurt-listed Dialog Semiconductor (DLGNF) sliding 3.18% and STMicroelectronics (STM) retreating 0.62% in Amsterdam.

Britain’s FTSE 100, however, was held back by a stronger pound, which rose to 1.2929 after a stronger-than-expected 0.6% reading for third quarter GDP growth thanks to the torrid summer heat and the FIFA World Cup of football in Russia.

Away from equities, U.S. Treasury bond yields continued to edge higher following Friday’s August non-farm payroll data, which showed that average hourly wages rose at the fastest annual pace — 2.9% — in at least nine years as the economy created 201,000 new jobs and investors bet on faster near-term rate hikes from the Federal Reserve. Benchmark 2-year notes were marked at 2.707% in early European trading while 10-year notes were seen at 2.944%.

Global oil prices were on the march, as well, as investors began fully calibrating markets for the looming sanctions on the sale of Iranian crude, which come into effect in November, and reacted to data from China’s customs office that crude imports for August rose 6.5% to a three-month high of 38.38 million tons, or 9.04 million barrels per day.

Brent crude contracts for November delivery, the global benchmark, were seen 40 cents higher from their Friday close in New York and changing hands at $77.23 while WTI contracts for the same month were marked 37 cents higher at $68.37.