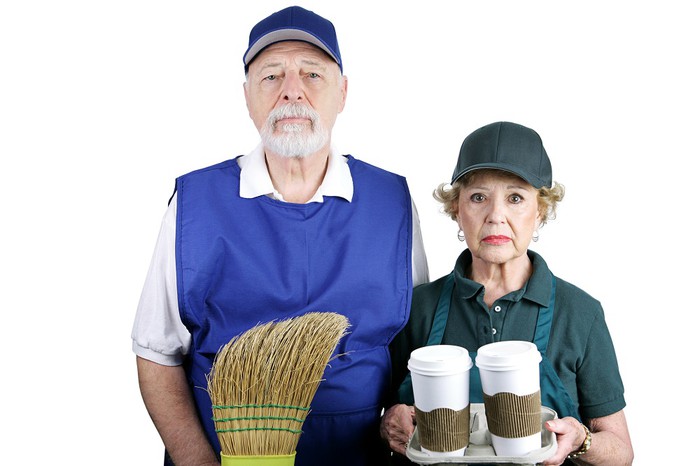 Since 2000, financial services giant Vanguard has released an annual study titled “How America Saves.” Based on data from $1.2 trillion in assets belonging to almost 5 million retirement savers in defined contribution retirement plans that Vanguard manages, this report offers a tremendous amount of insight into how millions of people save for retirement.

Unfortunately, How America Saves 2018 shows that fewer young workers contributed to their retirement savings in 2016 or 2017 than any other year over the past decade. Combine that with the fact that young workers contribute a smaller percentage of their income than any other demographic, and it means millions of Americans will reach retirement with too little money to enjoy the quality of life they want.

To put it bluntly, millions of Americans continue to get it wrong when it comes to saving for retirement.

What Vanguard’s report says
In recent years, the percentage of young workers saving for retirement has declined. Of workers under 25, only 42% contributed to their company’s retirement plan in 2017 and 2016, the lowest rate in over a decade. In contrast, 70% of workers between 25 and 34 contributed in 2017, though that was their second-lowest rate since 2013.

The trend holds true for every other age group, with participation down over the past few years:

It’s not just the low participation rate for young workers that’s a problem. Young workers also tend to contribute the smallest percentage of their earnings:

The proof is in the balances (or lack thereof)

Here’s how much Vanguard says people have in their retirement accounts at different ages:

Simply put, that’s not enough to replace the income you’ll lose when you retire. The median balance of $71,105 held by those between 55 and 64 would only be worth $2,844 per year in retirement income based on the 4% rule. With Social Security only paying the average retiree $16,932 per year, most people will need other sources of cash to bridge the gap.

Many people do have other retirement savings, but the average balances are typically far below what most need to offset the income they’ll lose when they retire. According to a 2015 Employee Benefit Research Institute study, the median balance for someone age 60 to 64 in a Roth IRA was $21,238; it was $51,731 in a traditional IRA, and $81,942 in a rollover IRA. That works out to $850, $2,069, and $3,278 per year in sustainable income, respectively.

And that’s for people who actually participate in a retirement savings plan. According to How America Saves 2018, about one-fourth of people don’t contribute to their employer’s defined contribution retirement plan. Other research indicates almost 1 in 3 Americans aren’t saving for retirement, and most of those never will. According to the Social Security Administration, 23% of married filers and 43% of unmarried filers count on Social Security for at least 90% of their income.

America’s youngest workers are the most highly educated generation in history, but How America Saves 2018 makes it plain that many are making the same retirement savings mistakes as prior generations: not saving enough, and not starting as early as possible. Compounding the potential for disaster, Social Security is expected to run out of its surplus in 2034, and the eventual “fix” may include reduced benefits for today’s workers when they retire.

So what’s a worker who’s not saving enough for retirement to do? In short, find a way to ramp up your contributions. Whether you’re still decades from retirement or decades into your career and closer to retirement than you want to admit, continuing to put it off will only make the problem worse.

PrevPreviousLearn Where Your Money Goes
NextHow Much Money Will You Really Spend in Retirement? Probably a Lot More Than You ThinkNext