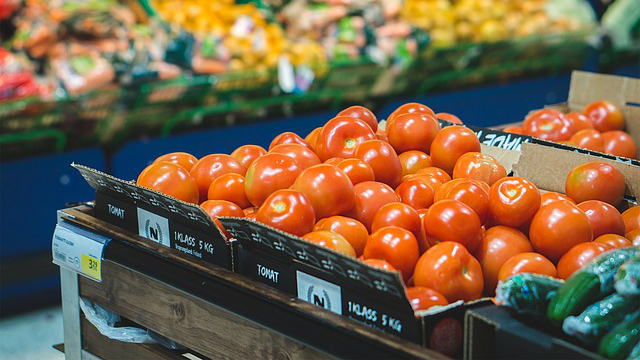 George Weston (TSX:WN) yields 1.9%. It owns 50.1% of Loblaw Companies (TSX:L). Loblaw yields 1.74%, yet most investors will buy Loblaw over Weston because of the parent’s holding company discount.

I get that; I really do. I wrote about the dilemma in May, concluding that Weston’s free cash flow yield of 6%, 160 basis points higher than Loblaw’s, made it the better buy.

Fast forward to today, I still feel that way, although my reasons are slightly different this time around. Here’s why.

Nothing has changed between the two

Well, I shouldn’t say nothing.

You see, thanks to share repurchases by Loblaw in the first half of the year — 4.6 million shares in the second quarter and 8.1 million in the first quarter — Weston has increased its ownership in the grocery-store chain by 150 basis points from 48.6% at the end of December to 50.1% at the end of June.

While Weston has always been the de facto owner of Loblaw, it held 63% of Loblaw before issuing a bunch of stock in 2013 to buy Shoppers Drug Mart, thereby lowering its ownership to 46%, so to go back over 50% is an event worth mentioning.

Loblaw finished the second quarter with $1.6 billion in cash and marketable securities. That’s $4.10 per share. Loblaw is trading around $68, a multiple of 16.6.

Weston finished the second quarter with $2.3 billion in cash and marketable securities. That’s $18.19 per share. As I write this, Weston is trading around $102, a multiple of 5.6 times cash.

However, because Loblaw’s financials are consolidated within Weston’s, you’ll want to subtract the cash Loblaw doesn’t own to get Weston’s actual cash position per share. If you subtract Loblaw’s cash from Weston’s, you get $770 million. Add back 50.1% of Loblaw’s cash, and you get $1.6 billion, approximately the same amount as Loblaw’s, or $12.17 a share.

That brings the price-to-cash multiple for Weston up to 8.4, but still well below Loblaw’s.

So, I’m going to assume that the $770 million is safe and likely to grow over time.

Back in January 2011, Weston paid a special dividend of $7.75 a share to shareholders of record — a $1 billion return of capital.

“Capital markets have come through some very turbulent times, and the corporation took a conservative position holding excess cash,” Weston CEO Galen Weston said at the time. “Now with increased stability in the capital markets and our strong balance sheet, the directors felt that a return of capital was appropriate.”

We’re coming up in March on the fifth anniversary of Loblaw completing its deal to buy Shoppers Drug Mart. Business, although competitive, is still reasonably good.

It might not have quite as much cash as it did back in 2011, but with $6 a share in spare cash on a conservative basis, I could see a big payout in the next year.

It’s something to chew on should you be considering one of the two stocks.

PrevPreviousToronto-Dominion Bank (TSX:TD) Posts a Strong Q3 Thanks to Strong Growth in the U.S.
NextIs After a Scandal Hits the Time to Buy a Stock?Next