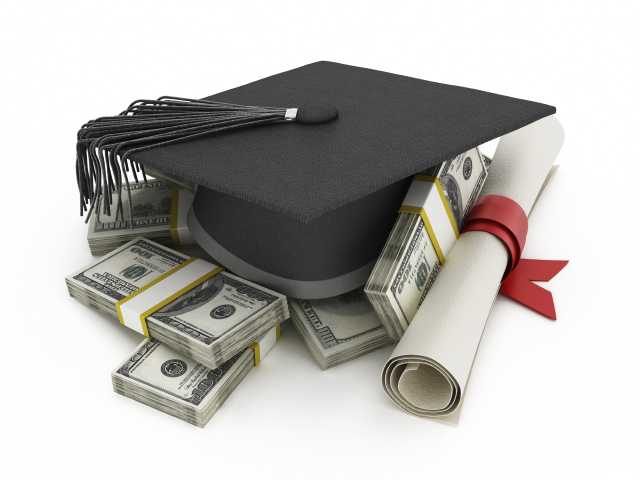 With college growing more and more expensive by the day, many students have no choice but to take on debt to finance their education. And unfortunately, today’s federal loan limits keep many students from accessing the financing they need to obtain their degrees.

An estimated 70% of U.S. colleges charge tuition and fees that exceed the existing federal student loan limits for undergrads, according to a new report by Student Loan Hero. Currently, dependent students, those whose parents list them as dependents on their tax returns, can borrow up to $5,500 in direct subsidized and unsubsidized federal loans as freshmen. The limit increases to $6,500 as sophomores and $7,500 as third-year students and beyond. All told, dependent students can take out up to $31,000 in federal loans — but that won’t do the trick in paying for most colleges in full.

Case in point: The average in-state public college costs $9,970 for tuition and fees alone, according to data from The College Board. That far surpasses the federal loan limits imposed on dependent students. Furthermore, that figure doesn’t even account for room and board, books, transportation, and other common expenses that students typically incur. And let’s not forget that $9,970 is well below what the average out-of-state four-year college or private university will charge on the tuition and fee front.

All told, only 6% of U.S. colleges charge tuition and fees that fall below the existing dependent student federal borrowing limits, leaving countless students with no choice but to seek alternative means of funding their degrees. And that’s where so many borrowers get into trouble.

The problem with private student loans

Students who exhaust their federal borrowing options are generally inclined to turn to private lenders to get the money they need for college. But that’s typically a costly mistake. For one thing, private loans tend to come with much higher interest rates than federal loans. Federal loans’ interest rates are regulated to ensure that they linger in reasonable territory; private lenders aren’t subject to that same requirement, and so they can charge exorbitant interest rates and get away with it.

Furthermore, whereas federal loan interest rates are fixed, private loans often come with variable interest rates that can climb over time. This situation can make paying them back even more difficult.

Not only that, but private loans also don’t impose borrowing limits, which means students are free to rack up as much debt as they choose. And unlike federal loans, private loans offer no borrower protections. So if you lose your job or suffer a financial hardship, you’ll still be on the hook for your monthly loan payments. Federal loans, on the other hand, offer deferment programs and income-based repayment plans that give borrowers more flexibility for keeping up. And that no doubt saves many from the unwanted fate of defaulting on their debt and ruining their credit in the process.

Other options for funding an education

If federal loans don’t do the trick in enabling you to pay for your studies, there are options you can explore that don’t involve private loans. First, you can see about transferring to a lower-cost school or commuting to classes from home rather than paying a premium to live in a cramped dorm room. Another way to shave money off your costs, thereby reducing the amount you need to borrow, is to accelerate your studies so that you don’t spend a full four years at college. Knocking out even one semester could lower your total tuition bill by many thousand dollars.

Finally, aim to work in some capacity during your studies and use your earnings to pay for college as you go. Many schools offer work-study programs that allow you to apply for on-campus jobs, and if that doesn’t work, you can always fall back on a regular job.

Though it’s unfortunate that federal loans don’t cut it for many students, remember that putting a cap on borrowing is, in some regards, a good thing, as it prevents many folks from getting in way over their heads. At the same time, know what borrowing limits you’re facing and take steps to work around them so that you don’t end up joining the ranks of those students who take out private loans and come to regret it later on.