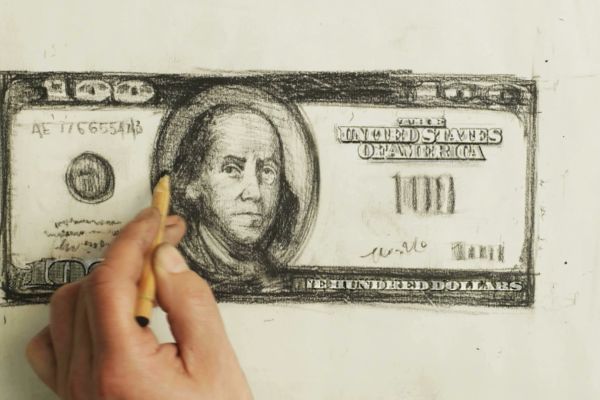 If you want to build wealth, a good place to start is with your habits. The sooner you establish smart ones, the better your chances of reaching seven figures.

Here are 10 habits that have worked for ordinary people as they worked to achieve goals like financial freedom or early retirement.

Self-made millionaire Chris Reining crossed the $1 million threshold at age 35 and retired at 37. He succeeded largely thanks to one simple habit: He automated his finances.

Putting your financial plan on autopilot will not only help you build wealth — it’ll save you time and mental energy, he says: “I automated my money years ago, and the benefit is I don’t have to make decisions about where my money should go, how much I should invest, what I can spend, do I have enough savings, and so on,” he says.

“You won’t get rich without multiple flows of income,” says self-made millionaire Grant Cardone, who was deep in debt before reaching seven figures. “That starts with the income you currently have. Increase that income and start adding multiple flows.”

Developing multiple streams of income could mean starting a side hustle, generating passive income or picking up a high-paying side job.

Hang out with high-achievers

The community you immerse yourself in matters. In fact, it could affect your net worth, says Steve Siebold, self-made millionaire and author of “How Rich People Think”: “In most cases, your net worth mirrors the level of your closest friends. … We become like the people we associate with, and that’s why winners are attracted to winners.”

“Millionaires are creative,” says Keith Cameron Smith, author of “The Top 10 Distinctions Between Millionaires and the Middle Class.” “They spend time thinking about new ideas.”

While the masses talk about cars and movies, millionaires own the car companies and produce the movies. They understand that “ideas are the most valuable asset in the world,” Smith says.

“Investing money is how you will get super rich,” says Cardone. “The only reason to save money is to one day invest money.”

In fact, how much you save and invest can be more important than the size of your paycheck. As personal finance expert Ramit Sethi writes in “I Will Teach You to Be Rich”: “On average, millionaires invest 20 percent of their household income each year. Their wealth isn’t measured by the amount they make each year, but by how they’ve saved and invested over time.”

“Those who maintain both a calendar and to-do list are 289 percent more likely to be millionaires, as compared with those who have no real set schedule,” writes Bell. He also found that successful people “document insights.”

Self-made billionaires Bill Gates and Richard Branson are devoted note-takers. “It doesn’t matter how you record your notes — as long as you do,” says Branson. “When inspiration calls, you’ve got to capture it.”

The wealthiest, most successful people tend to start the day at dawn, or even before.

In a five-year study of 177 self-made millionaires, author Thomas C. Corley found that nearly 50 percent of them woke up at least three hours before their work day began.

It’s a strategy that can help you deal with inevitable disruptions, such as a meeting that goes on too long, so that you still have time to accomplish everything you set out to do, Corley writes in his book, “Change Your Habits, Change Your Life”: “Getting up at five in the morning to tackle the top three things you want to accomplish in your day allows you to regain control of your life. It gives you a sense of confidence that you, indeed, direct your life.”

“The number one reason most people don’t get what they want is that they don’t know what they want,” writes self-made millionaire T. Harv Eker in his book, “Secrets of the Millionaire Mind.”

If you want to build wealth, you have to have a clear goal, specific plan and hard deadlines. And when you’re setting goals, don’t be afraid to think big. The rich set their expectations exceptionally high and are up for any challenge, Siebold says: “No one would ever strike it rich and live their dreams without huge expectations.”

“It’s not easier when you’re older to make money — it’s easy to make money when you’re younger,” says Kevin O’Leary, an investor on ABC’s “Shark Tank.” So make the money now and use it to pay down your loans so that, by around age 45, you’ll be debt- and even mortgage-free.

Self-made millionaire and author David Bach agrees. “I can tell you, having been a financial advisor at Morgan Stanley, my clients who retired at 50 years old, the secret was: They had paid their mortgage off early,” Bach tells CNBC Make It.

Get comfortable with discomfort

If you want to earn more or get ahead in life, you have to be willing to step outside of your comfort zone.

This includes negotiating your salary. It’s one of the simplest ways to boost your earning potential, since those who ask for more usually get it. Yet most people don’t even try.

Sure, negotiation can be a tricky business, but not getting paid what you’re worth could mean the difference between an average life and a rich one. After all, as self-made millionaire Grant Sabatier says, “The number one thing that will dictate your future earning potential and get you to $1 million the fastest is how much money you are being paid today.”