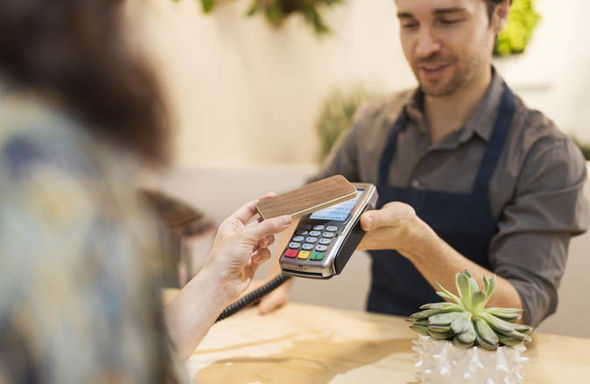 THERE could be trouble in store for the millions of Britons who run up large debts on retailers’ credit cards while shopping on the high street or online.

What starts as a bit of retail therapy could prove ruinous to your financial health, with store cards charging APRs of up to 39.9 per cent, more than twice the average typical credit card APR of 18.9 per cent.

The average Briton now owes £432 across three store credit cards or accounts, new research shows, yet most are unaware of the dangers of this debt.

Nine out of 10 say their store card debt is “nothing to worry about”, yet just one in 20 feels the same about credit card debt.

Shoppers owe another £798 across two credit cards on average, according to the research from VoucherCodesPro.co.uk.

Spokesman George Charles said too many see store cards as free money because you can start shopping straightaway: “Never set these accounts up unless you are completely sure you can pay them off.”

One of the most popular store cards, Next’s NextPay credit account, offers £10 off your first shop in return for an APR of 22.9 per cent.

Debenhams offers 10 per cent off your shopping for the first week, but its APR is even higher at 24.9 per cent, while New Look charges 28.9 per cent and Argos 29.9 per cent.

Very, another fashion-focused website, offers 20 per cent off your first card order, but its APR is a punishing 39.9 per cent.

Credit card expert Andrew Hagger at MoneyComms.co.uk said you should only take advantage of an initial discount if you know you can repay your balance in full by the end of the month: “Otherwise the interest charges could swiftly wipe out any savings you made.”

He warned that cards can lure you into overspending, for example, by offering free delivery on larger orders: “The Topman store card, which charges 19.9 per cent, gives you a £20 voucher in your first statement if you spend more than £100.”

Another disadvantage is that store cards restrict you to a specific outlet and if you take out several different cards as a result that makes it even harder to keep track of your borrowings.

A credit card charging zero interest on all your new purchases for an introductory period may be a better option.

However, Hannah Maundrell, editor-in-chief at Money.co.uk, warned that these have a sting in the tail: “If you run up a large de bt that you cannot clear by the end of the introductory period, the interest could come as a shock. Also, you have to keep up the minimum payments or could lose the deal.”

Persistent credit card debtors face a crackdown later this year as watchdog the Financial Conduct Authority will order card issuers to get tough.

Issuers must identify problem debtors and either hike their minimum monthly repayments, refer them for debt advice or even cancel their card.

MoneyFacts.co.uk finance expert Rachel Springall warned this could force borrowers into more expensive short-term borrowing such as overdrafts or payday loans: “If you are struggling, now is an ideal time to seek help.”

This is a growing worry with latest Bank of England data showing credit card debt rose 9.3 per cent in the last year to more than £200 billion.

Joanna Elson, chief executive of the Money Advice Trust, said one in three people it deals with faces credit card debt struggles: “The slightest change in circumstances, such as a small drop in income, can be all it takes to push someone into problem debt. Anyone who is struggling to cope should exercise caution before taking on any additional borrowing.