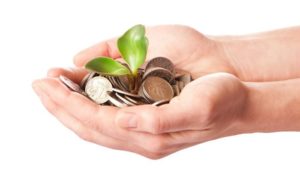 Young Canadians are searching for top stocks to add to their RRSP portfolios.

Let’s take a look at three top Canadian companies that should be solid buy-and-hold picks until you retire.

Nutrien might not be well known to many investors, but its predecessors certainly were, and the company it created through the recent merger will likely become a household name.

Potash Corp. and Agrium Inc. got hitched to create Nutrien, one of the planet’s largest crop nutrients companies. The strength of Agrium’s retail business was a great addition to Potash Corp.’s powerful wholesale position, and the new company should be more stable as a result.

Fertilizer prices are starting to recover after a multi-year slump, and the long-term outlook for the industry should be positive. Global food demand is rising, and farmland is disappearing, so growers will have to find ways to get more out of less property, and fertilizer will play a large part in that effort.

CN is the only rail operator in North America with lines connecting three coasts. That’s a powerful advantage, and it’s unlikely to change anytime soon.

Attempts to merge railways tend to run into serious regulatory roadblocks, and the odds of new tracks being built along the same routes are pretty slim.

CN generates significant free cash flow and is good about sharing it with investors through rising dividends and stock buybacks. The company recently raised the payout by 10% for 2018.

A large part of CN’s revenue comes from the U.S. operations, providing a nice hedge against any weakness in Canada.

Investors often skip Bank of Nova Scotia in favour of its larger peers, but that might be a mistake, especially when you plan to hold the stock for two or three decades.

The attraction lies in the fact that Bank of Nova Scotia has invested heavily in its international operations, with a specific focus on Latin America. The region holds significant potential and already generates nearly 30% of the bank’s net income.

As the middle class expands in the core markets of Peru, Colombia, Mexico, and Chile, Bank of Nova Scotia should benefit.

The stock trades at a reasonable 11.8 times trailing earnings and offers an attractive 4% dividend yield.

These three companies should prove to be solid buy-and-hold picks for an RRSP portfolio. If you are looking for top-quality names you can own for decades, Nutrien, CN, and Bank of Nova Scotia deserve to be on your radar.