Invest Like Bill Gates With These 2 Canadian Dividend-Growth Kings 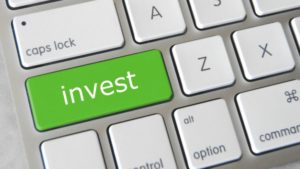 Not only is Bill Gates a tech titan and the second-richest man in the world, but he’s also a very smart investor who knows how to grow and preserve his wealth in a safe manner. He’s friends with Warren Buffett, the greatest investor of our time, and if you take a look at Gates’s investment fund, Cascade Investments, you’ll see that Buffett was a huge influence on his portfolio.

It’s not just Gates’s large investment of Berkshire Hathaway Inc. that was influenced by the Oracle of Omaha. If you take a closer look at the other stocks in his fund, you’ll see that he’s made very smart long-term investments that follow the principals of Warren Buffett very closely.

Gates, like Buffett, is a value investor with an extremely long-term mindset and a preference for stocks with wide moats? something that investors should not be afraid to pay up for, especially if they’re long-term investors like Buffett and Gates.

While many other investors are euphoric over get-rich-quick? scenarios like Bitcoin, Ripple, or cannabis stocks, it’s a much smarter move to buy low-risk, long-term stocks, so you can maximize your returns without risking your shirt. Gates is a tech guy, but you don’t see him jumping in to Bitcoin and the like; instead, he prefers good, old-fashioned, boring businesses. Here’s a closer look at two Canadian stocks that you should think about owning if you want to invest like Bill Gates.

Bill Gates loves CN Rail. He’s accumulated a tonne of shares over the last decade, and as a result, he hit the upper limit of how many shares he is able to own. At one point, he owned nearly 15% worth of CN Rail’s outstanding shares, but more recently, this ownership limit was lifted to 25%.

Given CN Rail’s industry-leading efficiency results and several tailwinds that are on the horizon, it’s not a mystery as to why Gates loves CN Rail. I think it’s very likely that he’ll continue to add to his already massive position over the next few years should an attractive entry point present itself.

At current levels, shares of CN Rail are fairly valued, but should a meaningful dip occur throughout the year, you may want to take a page out of Bill Gates’s book and back up the truck, while you have the opportunity to pick up shares at a rare discount to their intrinsic value.

Yes, I know; waste service firms are probably the furthest thing from ?sexy.? In terms of sexiness, cryptocurrencies and cannabis are where you’ll want to be, but smart, prudent investors stay away from the sexy, play for a good reason. They’re usually highly speculative plays that will result in you losing your shirt!

Bill Gates isn’t buying the hype. Instead, he goes for the most stable businesses out there with the widest of moats. When it comes to defensive growth, it’s hard to better waste management companies like Waste Connections, a Canadian way to play Gates’s affinity for Waste Management Inc., one of his top holdings.

Waste Connections offers a very necessary, albeit gross, service for the communities it serves. It doesn’t matter if there’s a stock market crash or a war. Someone will still need to take out the trash, and rubbish will still need to be treated. That’s exactly why waste services companies are such fantastic holdings, and why Bill Gates owns such a gigantic stake in one.

Many people know that Bill Gates is a genius, but many people don’t realize that he’s also an investment genius with his very smart investments that’ll likely make him the richest man in the world again, even with his huge philanthropic contributions to the world.

Like Gates, you don’t need to invest in many stocks. You just need to back up the truck with a few winners. Hang on to them for the long term, and the dividends will snowball along with your capital gains.

That’s how geniuses get rich safely.

PrevPreviousMinimum Wage in the N.W.T. to Rise to $13.46 per Hour, a 96-cent Raise for Workers
NextHuman Antibodies Made in Cows Could Be Developed to Treat MERSNext