Which Tech Stock Is a Better Buy for 2018: BlackBerry Ltd. or Shopify Inc? 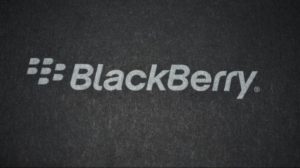 As growth investors consider which technology stocks they should invest in 2018, the top two candidates are BlackBerry Ltd. (TSX:BB)(NASDAQ:BBRY) and Shopify Inc (TSX:SHOP)(NYSE:SHOP).

Both stocks produced explosive gains in 2017, and the first week of 2018 demonstrates that these companies haven’t yet lost the momentum.

During the first five trading days of 2018, BlackBerry stock jumped a whopping 20%, while Shopify has gained 8% at the time of writing. Let?s analyze which stock has the best chance to repeat the 2017 performance.

BlackBerry has a fantastic start in 2018, continuing its streak of winning lucrative deals that got investors excited about the turnaround strategy of this company, which was once the leader in the smartphone business.

The latest deal was struck on January 3 when BlackBerry announced that it will work with Chinese Internet search firm Baidu Inc. on developing self-driving vehicle technology. According to the press release, BlackBerry and Baidu will also combine Baidu?s smartphone integration software for connected cars and it’s AI system to run on the BlackBerry QNX Platform.

The QNX operating system, which powers automobiles? infotainment systems won 10 automotive supplier contracts in the last quarter. The security of the operating systems of self-driving cars is a great selling point for auto manufacturers, which is where the strength of BlackBerry comes into play.

The flurry of new deals in the past six months sends a strong signal to investors that BlackBerry’s products have a strong market globally and that the company is on the right track to achieve profitability.

Rebranded as a cybersecurity software and services company dedicated to securing the enterprise of things, BlackBerry is also benefiting from increased spending by big companies globally to improve their network security after hackers played havoc in 2017.

With 137% gains in 2017, many investors are wondering if the Shopify stock is peaking and whether they should bet again on this e-commerce platform provider in 2018.

The market potential for Shopify’s product is huge, and there is no sign of a looming decline in online shopping. Shopify’s affordable solution for setting up an online store for both small and big businesses has a great global appeal, which will continue to propel growth going forward.

Shopify powers over 500,000 businesses in 175 countries with its e-commerce platform, making enterprise-level technology available to businesses of all sizes. And there is no sign that this growth is stalling, despite the recent attack by a famous short-seller, Andrew Left.

In the most recent quarter, Shopify reported a 72% jump in revenues, beating analyst estimates for the 10th consecutive quarter. Led by strong growth in monthly recurring revenue, the company’s third quarter revenues rose to $171.5 million, well above the analyst consensus forecast of $166 million.

This stellar sale performance helped the company narrow its loss to $9.4 million, or $0.09 a share, compared with $9.1 million, or $0.11 cents one year earlier.

I’m upbeat on both companies, and I think investors won’t be making a mistake if they decide to pick these stocks for their growth portfolio in 2018. Currently trading at $16.91 at the time of writing, BlackBerry stock is still cheap and investors can be more aggressive.

Shopify, on the other hand, has the potential to produce robust gains again this year on the popularity of its platform and exploding e-commerce growth.