Marijuana Stocks: Is Now the Time for Investors to Take the Profit? 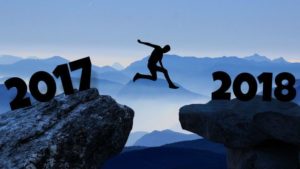 As we enter 2018, the news flow for marijuana producers is growing increasingly negative amid fears that investors are expecting too much from top Canadian producers ahead of the planned legalization of the recreational market this summer.

These words of caution aren’t coming from strangers. In fact, industry executives are among those who are raising the red flag after realizing that it would probably be difficult for them to justify these valuations.

This is how MedReleaf Corp. (TSX:LEAF) Chief Executive Officer Neil Closner summed up the situation in a recent interview with The Globe and Mail:

What appears to be the case is that the market is valuing companies on total announced production capacity. Period,? Closner said. ?It doesn’t take into account that they may not be able to do it. There’s no execution risk being factored in.?

You can get an idea of how much expectation investors have built into the stocks of these pot producers from the following chart:

These numbers clearly show the gap between actual performance and future expectations, and why these stocks have become extremely vulnerable to any negative development. Canopy Growth, the largest pot producer in Canada, now trades at a price-to-sales multiple of over 60 times, which is big enough to sound the alarm.

We saw a slight glimpse of this classic investor behaviour on January 4, when all big cannabis stocks plunged after the U.S. federal government indicated that it may soon ramp up its prosecution of marijuana-related crimes despite a wave of States moving to legalize the drug.

According to reports, U.S. Attorney General Jeff Sessions would rescind an Obama-era memo that had effectively pledged that the federal government wouldn?t get involved in prosecuting marijuana-related crimes in States that had chosen to legalize the drug.

Investors? psychology has driven a remarkable rally in pot stocks last year. And that psychology tells us that investors usually overreact in both positive and negative situations.

There is no doubt that the federal government is very serious about meeting the July 1 deadline to legalize the recreational use of cannabis in Canada. There is likely more upside potential, but we shouldn?t ignore the downside risks as we approach this deadline. As yet, nobody can determine the size of this opportunity or how consumers will react.

As I?ve discussed in my earlier articles, all the good news has already been priced into marijuana stocks. I believe this is the best time for risk-averse investors to take the profit and move to the sidelines.

As the market focus shifts to the execution, we?re going to experience a bumpy and potentially very risky ride in the cannabis space going forward.