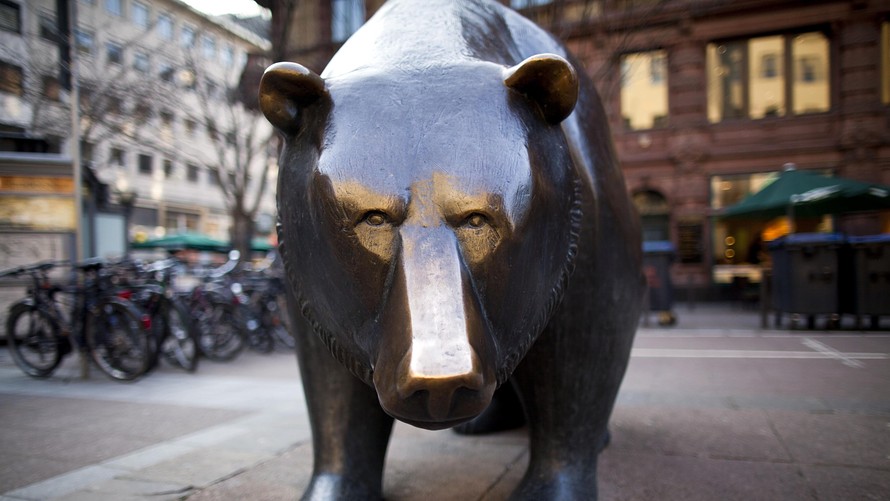 Certain small-cap names are getting unfairly swept in to the broader correction, analysts say

There’s been no wilder ride in the markets this year than for small-cap equities.

For the first eight months of the year, the Russell 2000 RUT, -0.81% doubled the performance of the S&P 500 SPX, -0.76% . Since its 52-week high on Aug. 31, investors have been fleeing small-cap stocks with such alacrity that the index is now deep into correction territory—down more than 12%.

Many investors interviewed by MarketWatch, however, shrug off such technical patterns as unreliable anomalies that have resulted from unusually high volatility in the second half of 2018. “It’s hard to understand why small-cap stocks are doing so poorly,” said Aaron Clark, portfolio manager at GW&K Investment Management. “The macro issues facing the market today like a stronger dollar, DXY, -0.14% tariffs and the effects of tax reform should all work in small caps favor.”

This had been the thesis that helped propel the Russell 2000 to such highs in August, but as earnings season comes to a close, some market participants are questioning whether it holds water. “Investors had been valuing small caps higher because of tariffs,” under the logic that small companies tend to have a more domestically-focused end market, and are therefore insulated from new tariffs abroad, Craig Callahan, president of Icon Investments, told MarketWatch. “But this is much more a theory than a proven fact,” he said.

And this theory has taken a big hit this year as actual company earnings have rolled in. Smaller companies simply haven’t overperformed relative to large-cap names, even as the effects of tax reform and new tariffs have begun to impact corporate financials.

Nevertheless, there is reason to consider the small-cap universe as oversold, with attractive, individual companies getting unfairly swept in to the small-cap correction.

DeSanctics argued that it’s difficult to see the small-cap sector continuing to underperform, given that there aren’t many signals that we’re entering the final stages of an economic cycle. “We are forecasting 3% GDP growth this year and in 2019, and I think that prediction is supported by a very strong labor market and healthy capex spending. It’s hard to see how the economy’s current momentum doesn’t continue into 2019.”

Based on these assumptions, DeSanctis is predicting earnings-per-share growth for the small-cap sector to average more than 15% in 2019, versus roughly 8% for large caps.

Recent history also supports the small-cap bull case. The Russell 2000 has experienced 22 death crosses since its inception, and on average, the index loses an additional 0.8% one month following a death-cross formation. But three months later, on average, the index has gained 2.8%, and one-year later it has typically gained 12.5%, according to the Dow Jones Data Group.

To be sure, there are more obstacles to higher small cap valuations than just the pace of economic growth. “Nearly 30% of the companies in the Russell 2000 are not profitable,” according to Dan Hughes, portfolio manager at Vaughn Nelson Investment Management. “And most of these companies are suffering from one or more of four problems: excessive valuation, slowing revenue growth, margin pressures and too much leverage.”

Indeed, the problem of smaller companies loading up on debt during the recent period of zero-interest rate policy is one of the key drivers of the Russell 2000’s correction. Hughes argued that smaller companies are more susceptible to the dangers of today’s rising interest-rate environment, as they lack the sort of access to credit markets that large, multinational firms command.

But if investors are willing to forgo investing in the Russell 2000 as an index, in favor of a stock-picking strategy, today’s environment is a great to find cheap stocks that have been unfairly lumped in to the broader small cap correction, investors and analysts told MarketWatch. DeSanctis suggests screening for stocks in the index with high free-cash-flow yield, higher return on equity, less overseas revenue and clean balance sheets.

The very narrow leadership in the Russell 2000, and a rising interest-rate environment mean investors must be discriminate when choosing what small cap companies to buy, but there are deals out there, according to DeScantis. “I think small- and mid-cap companies are going to outperform large caps in the coming quarters,” he said. “It won’t be a 1,000 basis point win for small caps, but I’d be surprised if you don’t get several hundred basis points of outperformance with the right small cap investments.”