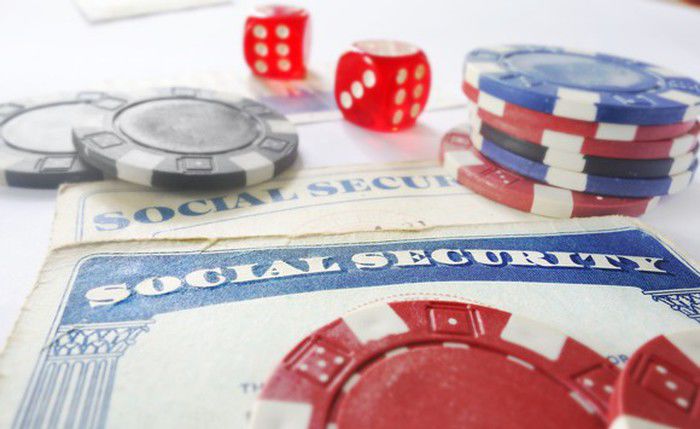 For better or worse, Social Security is a program that our nation’s senior citizens can’t live without. As of September, 43.4 million retired workers were receiving a monthly benefit and, according to data from the Social Security Administration (SSA), more than 3 out of 5 were leaning on this payout to account for at least half of their income. Put plainly, without the guaranteed income supplied by Social Security to eligible beneficiaries, we’d be looking at an elderly poverty crisis right now.

However, Social Security itself isn’t in the best shape. Beginning this year, and continuing for each subsequent year, the program is expected to expend more than it collects. Essentially, it’ll be paying more in benefits, and to a far lesser extent administrative expenses and Railroad Retirement exchange fees, than it’ll be collecting. This net cash outflow, while starting small in 2018, could balloon in the years to come.

What’s responsible for this major shift in Social Security, you ask? For one, it’s a combination of demographic factors, such as increased longevity, and the ongoing retirement of baby boomers, which is weighing down the worker-to-beneficiary ratio. It also has to do with inaction on Capitol Hill, which has perpetuated Social Security’s shortcomings and done nothing to address its estimated $13.2 trillion cash shortfall between 2034 and 2092.

All of this worry has some folks believing that as Social Security’s problems worsen, its plight adds to the U.S. federal deficit. This was the contention of Republican Senate Majority Leader Mitch McConnell of Kentucky in a recent interview with Bloomberg. As a reminder, the federal budget deficit rose 17% to $779 billion in fiscal 2018 (the federal fiscal year runs from October 1 through September 30), which is the highest deficit since 2012.

But is this actually the case? Is Social Security responsible for ballooning the federal deficit? Without question, the answer is a resounding “no.”

While it is true that Social Security represents a large percentage of federal “spending” each year, there’s a pretty big asterisk that Americans need to understand. Namely, that Social Security is only legally allowed to spend the money it has in its two Trusts: the Old-Age and Survivors Insurance Trust (OASI) and the Disability Insurance Trust (DI).

As the names imply, the OASI is responsible for providing a monthly benefit to retired workers and survivors of deceased workers who qualified for a benefit, while the DI provides a monthly payout to long-term disabled workers. Both of these Trusts are funded three ways:

The payroll tax wound up generating in excess of 87% of the $996.6 billion collected in 2017. The remainder was made up of $37.9 billion from the taxation of benefits and $85.1 billion from interest income on the Trust’s assets reserves. This collected revenue, as well as the $2.89 trillion currently in asset reserves, is the available pool of money that the SSA is allowed to spend.

According to the Social Security Board of Trustees’ latest annual report, the noted net cash outflow could completely exhaust the program’s asset reserves by the year 2034. This would leave Social Security as essentially a cash-neutral program. It could pay out in benefits only what it collects each year. Doing so would certainly cause benefits to decline – the Trustees estimate the need for a 21% cut to benefits by 2034 – but it wouldn’t make one iota of difference to the federal budget deficit.

Perhaps the only way Social Security could influence the federal budget deficit is through the interest income generated from its asset reserves.

The SSA is required by law to invest its excess cash in special-issue bonds and, to a lesser extent, certificates of indebtedness. In return for loaning the government money, the Social Security program is paid an average annual yield of nearly 2.9%. If interest rates were to surge higher, it could certainly increase the amount of interest income the federal government is on the hook for each year.

But this theory is really just grasping at straws. As noted, the program is expected to begin seeing a net cash outflow in 2018 and beyond. This $2.89 trillion in excess cash is probably going to be Social Security’s peak, meaning interest income could fall over time, even if interest rates climb higher.

In other words, stop blaming Social Security for things it’s not responsible for.