Washington Gridlock? Maybe Not on These Personal Finance Issues 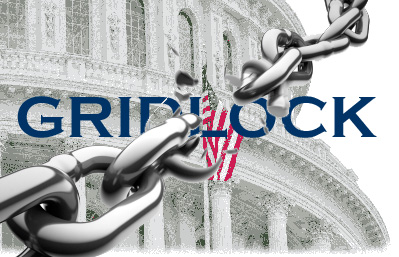 From credit reports to family leave, there are a few areas in which Democrats and Republicans share common ground. And bipartisan cooperation could be good for your wallet.

Think there’s no hope for bipartisan cooperation now that the Democrats control the House of Representatives and the Republicans have tightened their grip on the Senate?

C’mon, have some faith.

After all, who would have predicted two years ago that free credit freezes would become the law of the land after the Equifax hack, with business-friendly Republicans controlling Congress? Or that a $350 million fix for the troubled federal public service loan forgiveness program would emerge even as the White House proposed killing off the program?

Because Washington is so unpredictable these days, we see no reason to give up hope that sensible efforts to improve the personal finances of millions of people might somehow bear fruit.

Here are six initiatives with support from both parties that we’ll be watching especially closely in the next two years.

The problem it could help solve: There is little insight into how much money people with different majors make, and whether different kinds of people with the same major end up earning different amounts.

What it would mean for you: Let’s say you’re trying to figure out whether people with a particular major from an expensive private college earn more money than people who went to a nearby state university. Or you’re a minority student who wants to know how minority science majors fare after graduation.

Schools tend to track these kinds of things carefully, but it is often impossible to get such data on every student. A variety of bills, like last year’s College Transparency Act, have tried to change this, with a wide range of bipartisan supporters. In any search for compromise amid the current discussion about reauthorization of a major higher education bill, this might be the moment that transparency wins the day.

The problem it could help solve: Under federal law, companies don’t have to make any adjustments for their pregnant employees. They are under no obligation to provide an extra break, for example, unless the company already does so for other workers.

What it would mean for you: A bill called the Pregnant Workers Fairness Act would change that at organizations with more than 15 employees. Companies would be required to make “reasonable accommodations” to workers affected by pregnancy, childbirth or a related medical condition, as long as those accommodations did not cause an undue hardship for the business.

That means workers might be able to get a different assignment, receive additional breaks or not lift items over a certain weight. Employers would also be barred from denying job opportunities to people who needed such modifications.

“That is one that should be a no-brainer for Democrats and Republicans to come together on,” said Vicki Shabo, vice president at the National Partnership for Women and Families, an advocacy group.

The problem it could help solve: The vast majority of American workers do not have access to paid family leave.

The Family Medical Leave Act allows certain workers at larger employers and public agencies to take up to 12 weeks off each year — but the leave is unpaid, and only about 59 percent of workers qualify for it. State paid-leave programs are up and running only in California, New Jersey, New York and Rhode Island, though three states more will add them in the next few years.

What it would mean for you: The big tax overhaul passed last year included a tax break to encourage employers to provide paid leave for at least two weeks — for at least half of the worker’s pay — to those who earn $72,000 or less and have worked for at least a year. The tax credit covers up to 25 percent of the money paid out during a worker’s leave. But few businesses are likely to have established a program; the Internal Revenue Service came out with guidance only in September.

A new bill would extend the credit through 2022, giving businesses more time to adopt leave programs and provide Congress with more data to determine whether the tax credit really encouraged employers to provide paid leave.

Though the idea has received some bipartisan support, critics aren’t optimistic that dangling a tax credit in front of employers will go far enough. Anna Chu, vice president for strategy and policy at the National Women’s Law Center, said tax credits rarely prodded businesses — particularly those that employ lower-income workers — to create a new benefit.

“What happens is you are simply rewarding businesses who are already doing this,” she said.

What it would mean for you: When they began to rewrite the tax code last year, Republicans’ opening gambit was to do away with tax deductions for medical expenses. But that prompted howls of outrage from people with disabilities, parents of special-needs children and older Americans (whose nursing home costs are generally deductible).

Republicans reversed themselves, and then some: The final bill allows people to deduct any such costs that exceed 7.5 percent of their adjusted gross income; the previous threshold was 10 percent.

There is a catch, though: That 7.5 percent was only for 2017 and 2018. Next year, absent legislative action, the hurdle will revert to 10 percent. If that happens, it will feel uncomfortably like a tax increase on the old and the sick. So look for a compromise here, too.

The problem it could help solve: While the Affordable Care Act generally caps what consumers must spend out of pocket when using providers in their plan’s network, it doesn’t protect consumers from large bills from outside providers. Those providers may be free to charge the consumer for the balance of the bill that the insurer did not pay, known as balance billing. In some cases, those charges can run into six figures.

What it would mean for you: A proposed bill with bipartisan support would help patients in a few different situations. For example, you’d be responsible only for what you would pay under your insurance plan when treated for an emergency by an out-of-network provider at an out-of-network facility. The same logic would apply if you were treated at a hospital in your plan’s network but saw a doctor who was out of network.

The problem it could help solve: Medical debt is part of a toxic stew of error-prone providers, outsourced billing, inscrutable so-called explanations of benefits and high costs for people who lack insurance (or good insurance). Because of this, lenders who don’t believe the data is useful can and do ignore this debt altogether when making a credit decision. But it can still hurt your credit score, and you can’t be sure which lenders will end up caring about that.

What it would mean for you: One new law, which passed while Republicans controlled both the House and the Senate, removes many kinds of medical debts from the credit reports of veterans if the debts are less than a year old. And a recent legal settlement should keep any such debt off everyone’s credit reports if it’s less than six months old.

Ed Mierzwinski, senior director at the United States Public Interest Research Group, noted that there had been a history of bipartisan support for even broader restrictions. So there is reason, given the recent momentum, to believe that a new bill could gain traction — even if there isn’t one currently in the works.

“The new Congress could work across the aisle to further limit the harms caused by medical debt,” he said.