How to Prepare for the Surprising Costs of Motherhood 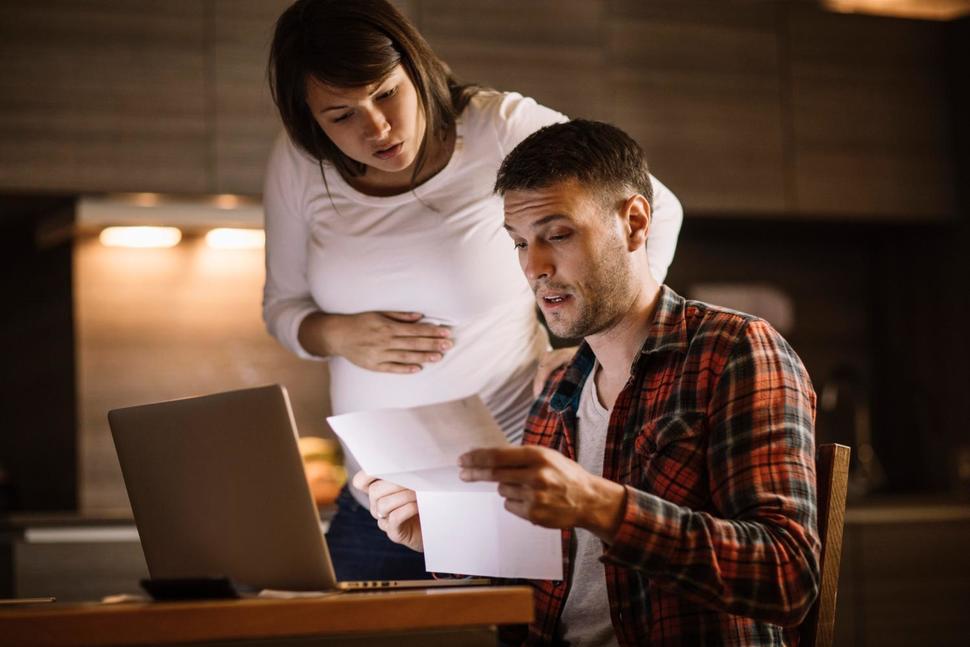 EVEN AS WOMEN HAVE BEEN increasingly preparing themselves for life in the workforce, their levels of participation in it has plateaued over the past couple of decades. A recent study – a working paper (meaning it has yet to be published in a peer-reviewed journal) from a group of economics professors – offers one possible explanation: Being a mom is harder than many people expect because it’s become a more demanding job.

Drawing on data from several decadeslong surveys from the U.K. and the U.S., the study finds that the vast majority of young women expect to be working when they’re 30: Since the mid-1980s, no more than 2 percent of female high school seniors say they’d be homemakers at age 30, according to the study, called “The Mommy Effect: Do Women Anticipate the Employment Effects of Motherhood?” This lends itself to the rise of women investing in education: The share of females age 25 and older in the U.S. who have earned a bachelor’s degree or higher has skyrocketed from 18.4 percent in 1990 to 34.6 percent in 2017, according to the National Center for Education Statistics.

Still, the share of 30-year-old women who stay home has stuck around 15 to 18 percent since 1990. (The median age of first-time new moms in the U.S. is 26, according to Pew Research Center.) Indeed, once women become mothers, their employment rates decline by 28 to 40 percentage points in the U.S. – and never significantly bounce back. Further, they’re more likely to express more anti-work sentiments and to adopt more traditional beliefs of gender roles in the family – for example, by agreeing with the statement, “All in all, family life suffers when the woman has a full-time job.”

What might explain the change in attitude? The challenge of child rearing proves greater than expected. “Being a parent is so hard, and as all parents would probably attest, you just cannot understand it until you experience it,” writes Bellingham, Washington-based financial planner Meg Bartelt in an email, drawing on professional experience as well as personal experience as a mom. “Parenthood eats up your time, it deprives you of sleep, it can use a lot of your money, and frankly just makes it harder to focus.”

The study also shows that motherhood has gotten harder since the 1980s and 1990s. More than 66 percent of mothers say that the job is tougher now than it was for their own mothers, in part because they also work outside the home. But even when asked specifically about child rearing, 56 percent of moms say they’re more involved in their children’s lives than their own moms were in theirs, according to “The Mommy Effect” study.

Hours clocked backs the majority: In 1994, mothers age 25 to 34, across all levels of educational attainment, spent roughly 11 hours a week on child care activities. By the early 2000s, that time increased for mothers with lower educational levels to 16 hours a week and for college-educated moms to 22 hours a week.

Such demands of time and effort can often prove too stressful, and many families are pushed to make difficult decisions. “People can simply arrive at a ‘something’s gotta give’ threshold, and what gives is often one person’s career,” Bartelt says.

Preparing yourself financially can help. With a solid financial base in place, you have wiggle room to make whatever decision is best for you and your family – whether that means shouldering extra costs for child care and more help at home or adjusting to lower income levels so you can step away from work.

What can you do to prepare? The same thing you should be doing in case of any surprise cost or income loss: Build and maintain a plush emergency fund. Standard expert advice says to squirrel away enough cash to cover at least six months’ worth of living expenses. And when your family grows, so do your living costs, and so must your emergency fund.

Financial planner Nicole Mayer, based in Riverwoods, Illinois, recommends boosting your savings by first figuring out your additional costs early on – ideally, long before the new child arrives. That includes child care costs and other expenses such as diapers, formula, car seats, clothes and activities. Also keep in mind that regular household bills may rise with kids. For example, you may spend more on air-conditioning and heating costs to keep the temperature just right for baby or on gas when kids need to be chauffeured around all day.

Once you have a ballpark estimate of your new budget, start putting that money aside right away, before your child arrives. “This lets you really get a grasp of what the costs are going to be,” Mayer says. “And if you do it throughout pregnancy, by the time the baby is here, there’s your extra cushion of six to nine months of child and child care expenses.”

Plan for the more distant future, too, and maximize your retirement savings and other investment account contributions while you can. If you have any income loss, you may need to take a break from saving. And having a chunk of change set aside already – and well-invested to keep working for you even while you’re on leave – can take the pressure off rushing you back to work before you’re ready.

Many experts typically say to focus on your retirement accounts, but that might not be right for everyone, especially those planning to take an extended break from work. “We are seeing more and more clients take time out of the workforce for a variety of reasons – to have children, to make a career shift or start a business, or to travel the world – but these career breaks look different than they did in previous generations,” says financial planner Natalie Colley, who works with wealth management firm Francis Financial in New York City. “What we see these days are short stints out of the workforce several different times throughout our clients’ careers.”

Given that kind of career path, you may need to tap your savings before you reach age 59½. But that would generally trigger a 10 percent penalty, on top of the taxes you’d owe, on a withdrawal from a traditional individual retirement account, 401(k), 403(b) or other employer-sponsored account.

Roth accounts are a good option. They allow you to take advantage of retirement-account benefits, but you can always withdraw your contributions, tax- and penalty-free. (If you dip into earnings on your contributions before you hit age 59½, however, that amount is subject to taxes and the early withdrawal penalty.) In 2019, the contribution limit for an IRA is $6,000 and $19,00 for a 401(k), a $500 increase from 2018 limits for both. (Catch-up limits for people age 50 and older remain the same, allowing an additional $1,000 for IRAs and $6,000 for 401(k)s.)

If you’re able to save more than that – or if your employer only offers a traditional 401(k) – you may need to consider taxable accounts, annuities and other investment options. “Planning for this new career schedule means being more mindful about balancing out retirement savings and more liquid reserves to support these mid-career breaks,” Colley says.

PrevPreviousHere’s what happens when you save just $25 more each month
NextGet Ready For Tax Season!Next